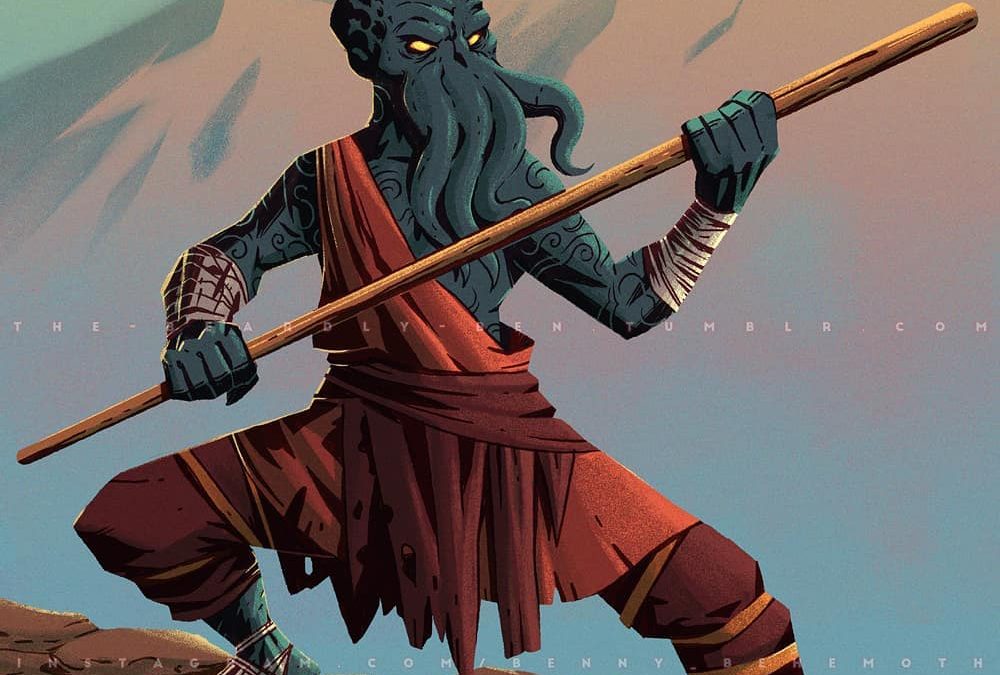 Ben Geldenhuys is an illustrator and animator from South Africa. Originally from Johannesburg, Ben now lives in Cape Town where he plies his craft. where he’s worked with Studio Muti, Sunrise Productions (studio behind Jungle Beat), Themarist Productions, Kopskop Games and Triggerfish Animation Studio among others. Check out his exciting portfolio below.

Bahari Blue is Squid Mag’s Kadi Yao Tay and Kofi Sydney Asare’s and illustrator Bolaji “Art Nerd X” Olaloye’s scrapbook of favourite African (including the diaspora sometimes) artists they love, are inspired by and believe the whole world needs to know about.

Beast from Venus: An African Comic About Kenyan Mythical Creatures