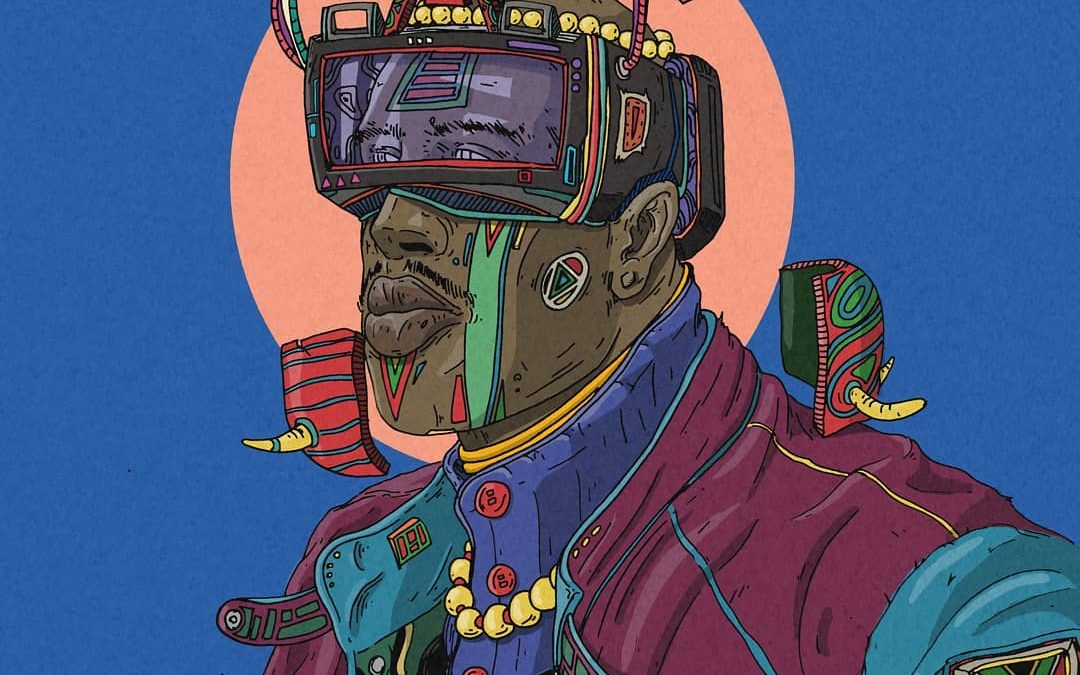 Jayson Mars is a South African freelance illustrator based in Port Elizabeth drawing up some unique, and futuristic portraits of Africa. We couldn’t agree more with Tetty Betty who describes his work as undeniably cool, because that’s just what it is; undeniably cool.

Describing his multiple inspirations, Jayson says he’s always been constantly inspired by raw images of African tribes and culture, European styles of illustration, and by dreams and people he sees around him.

My art is mostly influenced by emotions and dreams, a spontaneous burst of creativity spurred on by my most inner thoughts and momentary isolation.

Jayson’s work is totally wholesome and should be enjoyed for what it is.

See more of Jayson Mars’ work on Instagram and buy prints of his work on InPrint.

Bahari Blue is Squid Mag’s Kadi Yao Tay and Kofi Sydney Asare’s and illustrator Bolaji “Art Nerd X” Olaloye’s scrapbook of favourite African (including the diaspora sometimes) artists they love, are inspired by and believe the whole world needs to know about.

Mighty Joo #2 to Premiere at Time With Ananse