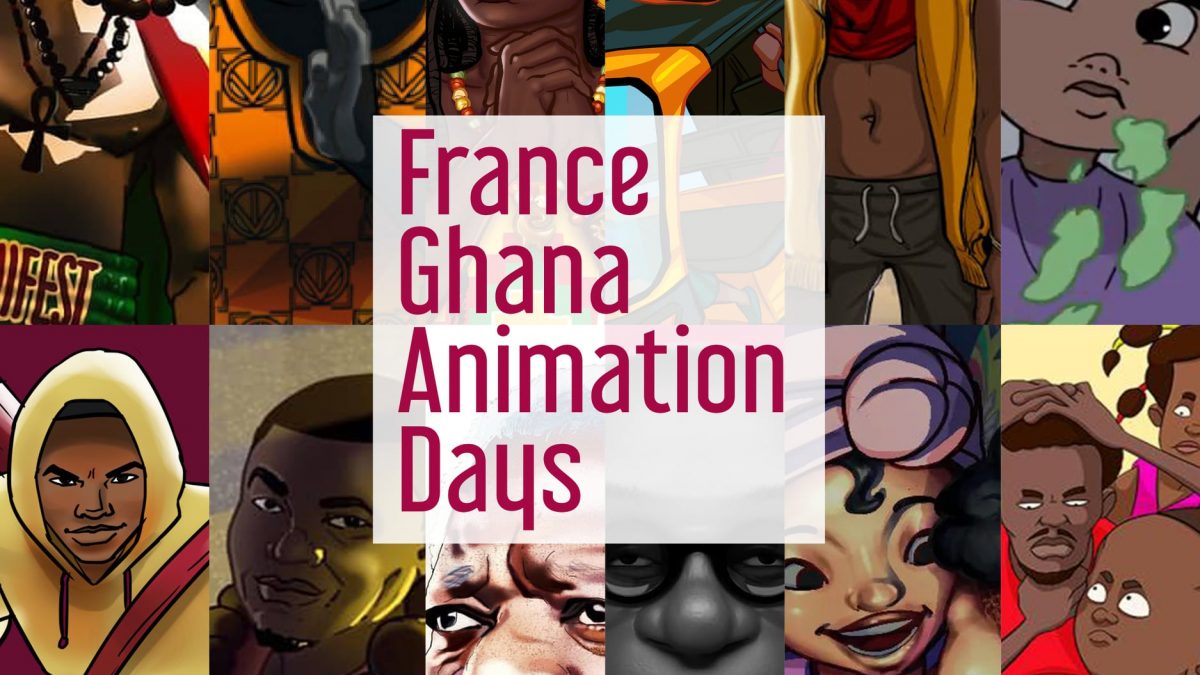 The animation industry in Africa is equally growing and it is great to see stakeholders unionize to create a stronger front and structure to support the growth of the sector.

On the back of that quote by the founder of AfricaComicade, it is evident that the spotlight is on Africa for the next diverse and imaginative narratives. Though Africa hasn’t scratched the surfaced yet in terms of global prominence in the animation space, there is rising interest for local competencies with a global mind-set.

Ghana has been a fair breeding ground to unearth animation talents and a future growth region for animation, and with the verb of a new commune called Animation Ghana rallying the leading animation studios such as AnimaxFYB, Poka Studios and the likes.

The sense of urgency to create the visibility for animation in Ghana necessitated the birth of the FRANCE GHANA ANIMATION DAYS with the French Embassy in Ghana, thus three eventful days of panel discussions, screenings, masterclass sessions and a star studded pitch competition for a spot at this year’s Annecy was held on the 4th, 5th of May 2022 at the artsy The Mix in Osu with studio tours on the last day.

The first day of the France Ghana animation sector mix had a top notch representation of creative experts, distributors, producers and investors from the animation sector in France and at large Europe present.

The likes of Mounia Aram winner of the Black in Animation Award was present, Giorgio Welter, producer from Monello Production (creator of successful series Foot2Rue) spoke on the essence of residencies, Mor Israel showcasing snippets of her upcoming film “Voyage avec mon pere”, Agnes Billard, Deputy Head of Animation Film Department at GOBELINS speaking on teamwork as the main ethos in grooming and dispatching their graduates, Eleanor Coleman, an animation producer and distributor of 25 years, Jeremy Chateigner of Nalu Studios sharing his over 15 years acumen in animation and producer Olivier Catherin all shared their vast knowledge and disposed some nuggets of how to get co-productions with European partners, pitching right and getting funded by funding avenues like the International Fund for Culture and Development.

One of the inspiring and thought provoking sessions was the briefing with Mr. Carl Ampah, the National Programme Officer on Culture from UNESCO Ghana. Who made a strong case on the contribution of culture to global economies and made a clamouring call for the investing into animation and the use of art to promote our rich cultures.

Adzo Atitsogbui took centre stage to explain her motives with Girls in Animation, primarily a gender advocacy movement to challenge the saturated male dominated animation scene in Ghana with the aim to organise training program for young girls and women who are interested in Animation and to equip them with all the necessary skills to become professional animators.

The day ended with a cocktail lit night with screenings of selected Ghanaian and French short films.

Day 2 had a number of things gooing for it. The highlight of this been the animation pitches, winners of who will have the opportunity to present their projects at Annecy in June.

Mounia Aram and Eleanor Coleman were up to take participants through concept development through to getting their pitch airtight to go the long haul. Getting to know the importance of festivals and the intricacies of the international animation distribution scene.

LAFAAAC in partnership with the French Embassy in Ghana launched their App “Entrepreneurship in Animation in Animation”, which aims to provide training to Ghanaian creative entrepreneurs by giving them the skills and technical know-how needed in order to create , launch or develop a project in the animation sector. The training is part of the French Embassy in Ghana’s program REAnimation, whose purpose is to strengthen the network of entrepreneur in the animation sector in Ghana. It is available for mobile users and it’s free to use.

The pitch competition concluded affairs for the second day and to no surprise the three works going to be at Annecy will be IndigeneX’s Soul of a Nation, Jabari-The Truth of Destiny by Francis Brown and the team at AnimaxFYB and 9th March Studio’s A Cedi and a Dream. Submitted works also came from studios such as The Crusader by Zenock Gyimah Amponsah’s Animate24 Studio, Black Box by Icandy Factory and I Think I Killed My Roommate by Lime and Honey.

The pitch competition had some side attractions which were Karen-Happuch P. Henneh of KHPH Studio with the new entrant with her film Sweet Side and the dope skateboarding inspired animated series in works by Emmanuel Addy and Sandy of the SkateGhana fame.

So move over the wildlife and savannah terrain and let’s dive into the diverse beats of what makes African animation tick. The France Ghana Animation days fits exactly as an animation film festival with the extra touch of meeting the crème de la crème of the animation in Ghana but attending and soaking in the aura, it was rather a huge opportunity for the Ghanaian creators to meet in person the movers and shakers of the French animation industry.

Producers, marketplace experts, funding expects what have you, there was a plethora of knowledge and experience at the plush The Mix setting, I believe was overflowing with connections for all those who needed a first-hand scoop of what it took to make it to the big leagues of animations.

Implications for the African Animation Industry

The past few years have seen huge leaps from the African animation space. These include international co-productions and partnerships such as Disney announcing their landmark collaboration with Pan-African entertainment brand Kugali for Iwaju; Kizazi Moto, a 10-part anthology collection of premium animated films inspired by Africa’s diverse history from unique perspectives produced by Trigger Fish for Disney; Netflix’s first original African animated show Mama K’s Team 4; and not forgetting Cartoon Network’s Garbage Boy and Trash Can.

These are all additions to the ever growing list of productions springing up all over the continent.

[Watch] Belly Flop: Swimming Through Determination One Dive at a Time