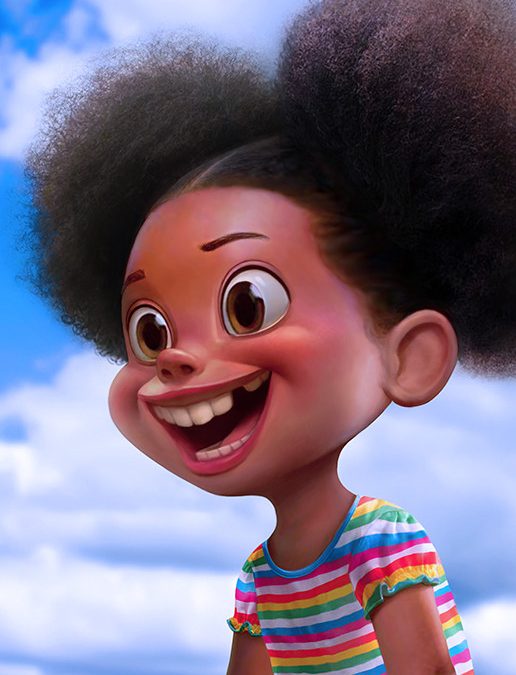 Mervin Kaunda is a gifted illustrator, character designer and animator whose work evokes feel-good, inspirational and simply adorable energy. He’s the recipient of the Michigan Kalamazoo Animation and Film Festival award for best animation. Mervin’s work centres black females – children and adult alike – and is inspired primarily by fantasy, sci-fi while taking some cues from pop-culture.

Kaunda is inspired by people and this is reflected in his art.

Kaunda said that throughout his life he has been intrigued with the “whole idea of people everywhere.”

His art primarily features portraits of black girls, some men and occasionally, family. One of the things Mervin Kaunda absolutely gets right in his art is his portrayal of black hair and its various textures. He beautifully showcases braids, afros and knots so skillfully, a testament to his Zambian roots.

His LinkedIn mentions he’s the cofounder of African Digital Canvas but I couldn’t find much information on it beyond this.

I had a blast browsing through his art and so will you.

Bahari Blue is Squid Mag’s Kadi Yao Tay and Kofi Sydney Asare’s scrapbook of favourite African (including the diaspora sometimes) artists they love, are inspired by and believe the whole world needs to know about.

2023: The Year of Ground-Breaking African Creative Projects - From Disney Collaborations to Independent Productions

Squid Alley with Tinodiwa Zambe Makoni – I Am Moved by Mastery