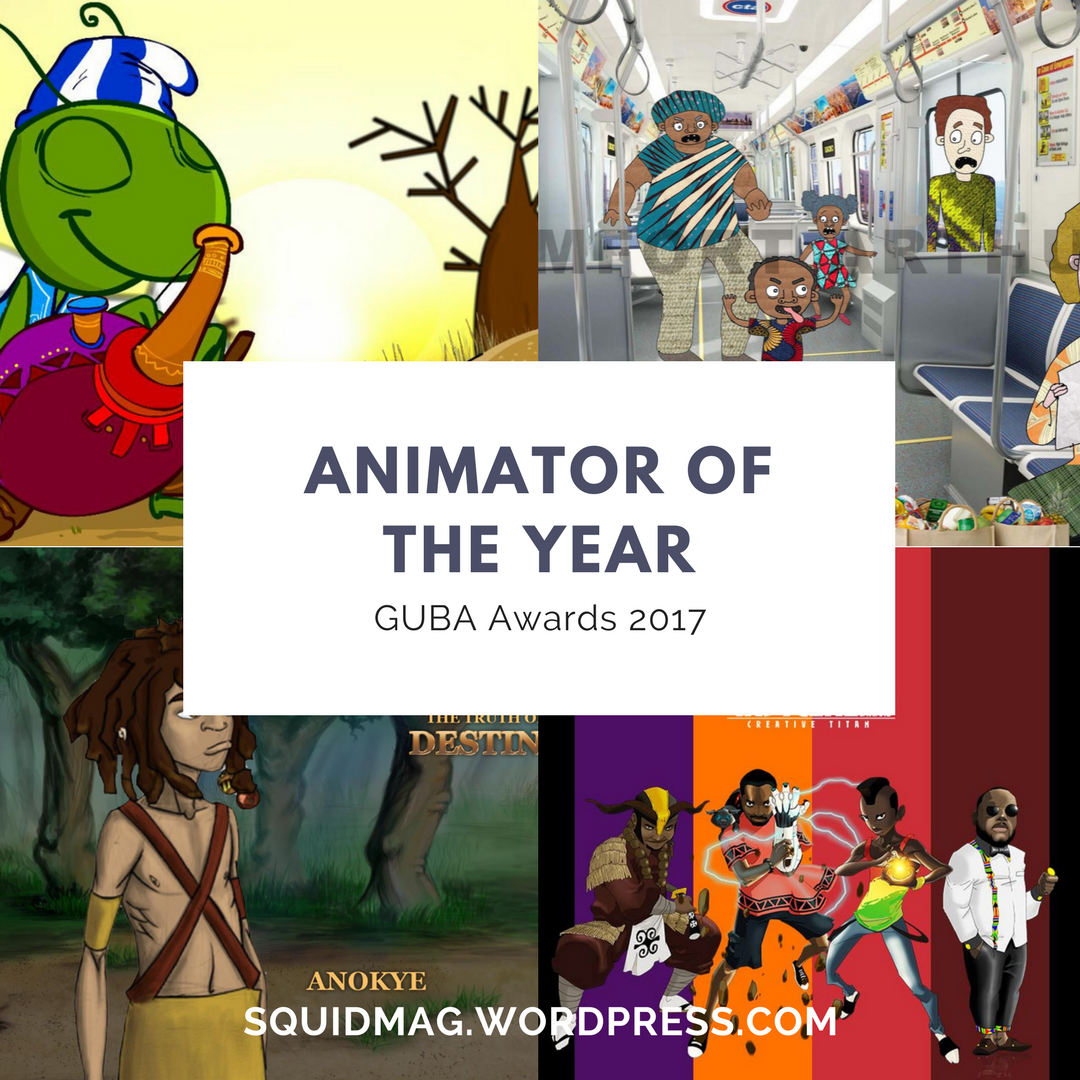 The Ghana UK Based Achievement (GUBA) awards have rolled around and we’re excited about the freshly baked Animator of the Year category.

This inclusion gives us hope of good times ahead for Ghanaian animation as more people and institutions recognise this art form’s brilliant potential. Below are the nominees in the category.

While you’re at it, kindly check out our thoughts on the awards here.

Francis is the creator of the award-winning historical animation, Agorkoli: Cause of Hogbetsotso. He is the founder of AnimaxFYB Studios, a digital 2D, 3D and visual effects studio dedicated to telling indigenous stories through animation.

Francis was one of the industry leaders who graced Comics and Smoothies in April to share ideas for the steadfast growth of African animation, comics and video games in Ghana through collaboration and sharing.

RELATED: You’re Invited to Watch Tutu: The Untold Story of a Kingdom

Comfort is the creator of the dark comedy, Peculiar Life of a Spider. Comfort is a freelance editor, illustrator, graphic designer, actor and animator. She’s known within Ghana for video editing and animation. She recently provided animation services to the movie, Keteke starring Adjetey Anang and Lydia Forson.

Comfort is one of the foremost women animators in Africa as well as one of the only women making comics on the continent.

Indigene BROS is a digital arts collective with the singular vision of using animation and illustration to ignite targeted social change. The collective championed the patriot initiative during Ghana’s presidential elections last year and is made up Nii Ofei Doodo and Bertil Toby Svanekiaer (creator of Chaskele).

They are a team of creative Ghanaians with the sole vision of changing established ideologies and creating targeted social buzz to ignite the right conversation through illustrations and animation.

Cycil Abban is a veteran Ghanaian animator and founder of Parables Productions, responsible for Ghana’s first feature-length animated film, Ananse Must Die. He also has 28th Day and several children’s animated series under his belt. He has become a household name, weaving his way into the hearts of children through newspaper promos, children’s television shows and theatrical performances based on Ananse themed animation.

RELATED: How Comic Books and Animation Could Save Accra’s Sanitation

Voting is open to the public and can be done on the GUBA website here. Voting ends April 29th so do tell a friend to tell a friend.