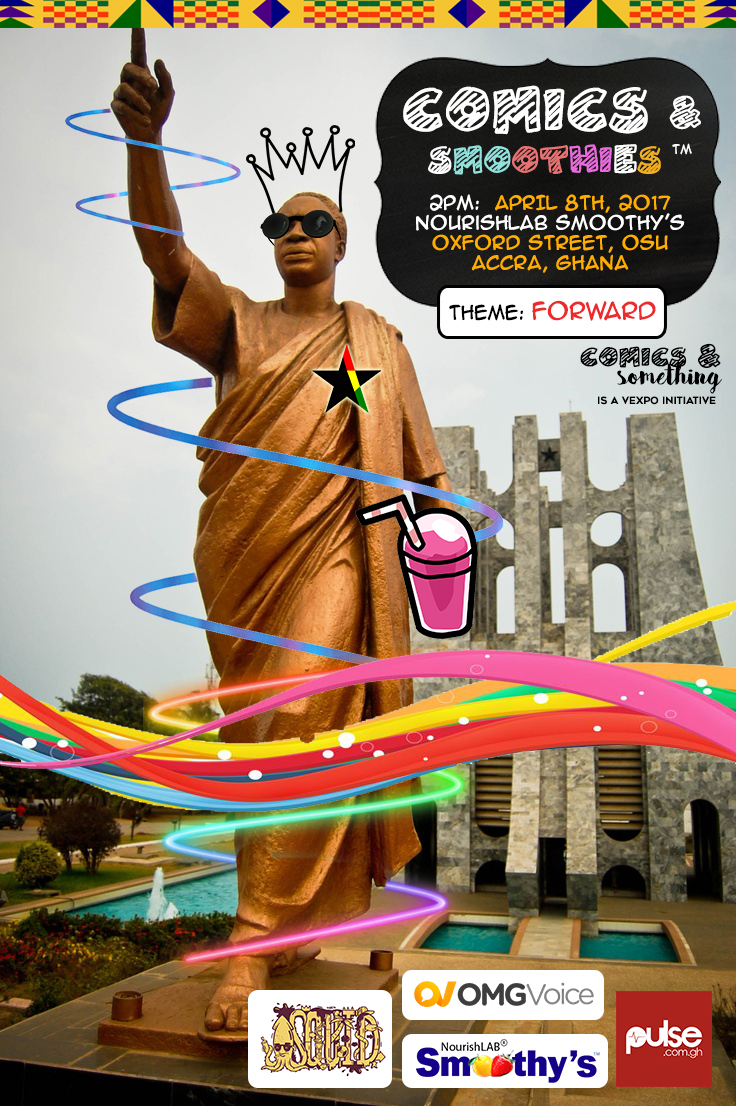 Comics and Smoothies is over, unfortunately! The much anticipated informal gathering as Vortex Comics’ Somto Ajuluchukwu put it proved to a success. There was quite the turnout. The turnout was, in fact, bigger than expected.

This gathering aimed to bring to the fore the various challenges facing the (African comics, games and animation)  movement – we aren’t quite an industry yet – and to effectively find solutions.

There was a lot to be said and a lot of people to say it. Various enthusiasts and a few of the movements’ players shared their experiences and expressed their views on the way forward.

Besides the obvious challenge of funding, a major problem that seems to be plaguing the industry, believe it or not, is collaboration. At Comics and Smoothies, everyone agreed that indeed working with others could be difficult and whether we admit it or not, us geeks can be an egotistical bunch. Leti Arts’ Eyram Tawia described his experiences and how he dealt with the egos of those he usually had to work with.

Francis Brown from Animax FYB also shared insights on how he deals with ego which seems to creep up in almost every collaborative effort. He explained how he keeps business from emotion and elaborated on how he sometimes even utilised his frustrations by channelling them into his work. Francis also made sure to stress the essence of quality in this industry. According to him, “mediocrity is something we should strive to distance from the industry despite the challenges”. He also touched on the importance of the industry succeeding, stating that, “if we don’t tell our stories, DC will”!

Amidst all the optimism that the industry would be successful, Paul Ziem from Nerdcore Studios was happy to smash our faces in with the cold, harsh reality. According to him, “the fans are the heroes“. He argued that, all the big names globally are what they are because of the fans. He cited manga as an example and stated that the industry is successful because fans actually invest money into buying manga. “If this thing is going to survive we the fans are going to have to give a little rather than constantly depend on the freebies!”

In the end, there was a fair share of fun and smoothies thanks in large part to Eyram Tawia and Francis Brown and everyone that came through. More importantly, however, we got a glimpse of the way forward!

Fans need to stop depending on the industry’s heroes and start giving back. Those investing efforts in even the littlest things should do so with everything they’ve got. Finally, we all need to join hands more often.

Special thanks go to NourishLAB® Smoothy’s, Osu, who provided the venue at no cost and despite us considerably disrupting their space. To Francis Brown, Eyram Tawia, Hassan Salih of MESH, Wilfred Attipoe of Trigger Pixels, Liam Ofori of Antrix Gaming and everyone who made it, Squid says a big thank you!  To those who missed it this time, be sure to interact with us through our channels – Facebook, Twitter, Instagram – to stay in the loop on future activities so you can pop up at future events when they arise! 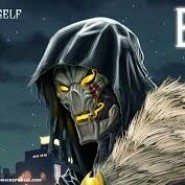 Spirit Wars Is The Biggest African Comic Crossover Event of 2017