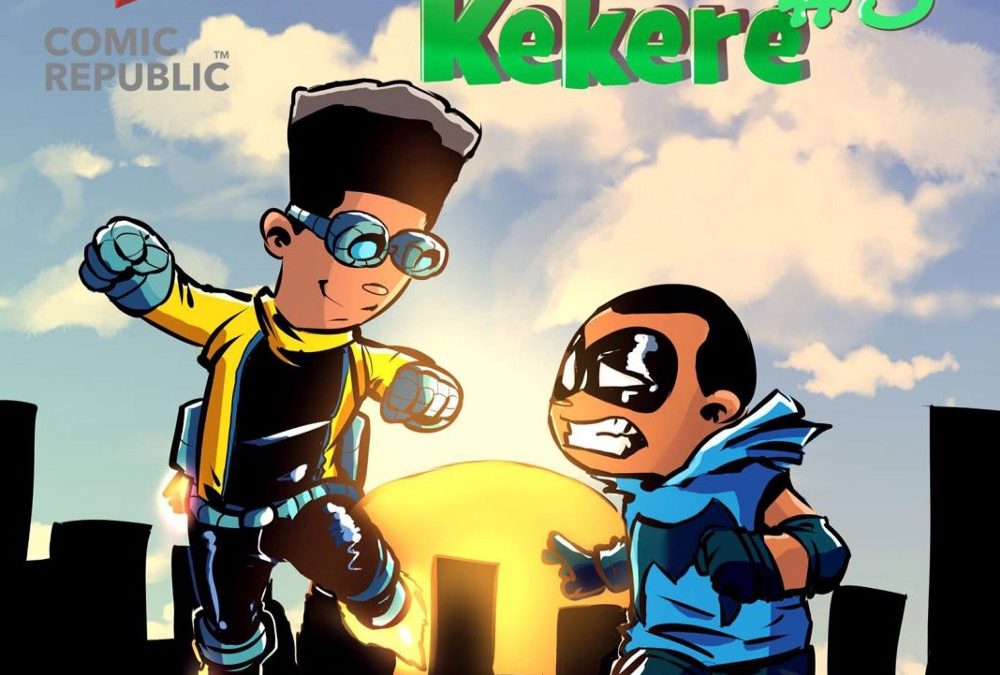 Hero Kekere (read it here) is a fun and hilarious comic book published by the Comic Republic in Nigeria. The African comic reimagines the heroes of the Comic Republic Universe as children and follows their incredible daily exploits. In this post, Cassandra Mark shares the lessons she learned while penning the latest issue of Hero Kekere, lessons that will be useful to other creators of comics.

Writing can be very difficult or very easy depending on how you utilize this ability. Here we explore the more logical ways the Art of writing can be put to use, with a few modifications.

One thing I will and can assure you is anyone and everyone can write, it doesn’t have to be some God-given talent with brief moments of inspiration when during every other time you’re either stumped or depressed. It can be as methodological as solving math or physics, only ten times easier.

I think this is the first and most important step in writing a book, script or any piece of literature you decide to start. It saves a lot of time and directs your excess energy into post-plot development and fleshing out rather than edits and re-writes.

Simply put, it’s physically listing the key actions or scenarios in your script and placing them in descending order, starting from your first introductory action or event and ending in the final or deciding event. Such scenarios include meaningful character introductions, scenery changes, character changes, etc.

She wakes up, realizes She’s late for school and jumps out of bed. On her way she sees a white haired jinn standing on the water She falls off the bridge and almost drowns She wakes up in aetheral dimension She journeys to the city of Acbal with a little earth jinn

Plot visualizations can be as long and detailed as you like, these are meant to make the writing process easier, so take your time.

How to Use Binaries

Binaries don’t always mean numbers or rather, in this case, I’ll be using its second meaning; composed of or involving new things. This involves following the plot sequences of an animation, manga, comic, movie or any literature of your choice and employing them in your own work. Here’s an example:

Let’s say you want to create a story about a boy who encountered an alien device but you’re not quite sure where to start, you could create a binary by using a template such as Ben 10, ie, encounters device on a road trip, goes with partial family on adventures while slowly uncovering the truth behind this new found power. Binaries can be used for character development, character backstory, plot and so on.

But be sure to add your own input as it becomes a binary when you involve your own imagination and mix it with real-world formulas.

A rough example but you get the idea.

This is a list of the things you wish to achieve with this book/story/ issue. Whether it’s the kind of fashion, the genre, orientation, belief, etcetera.

Think of it as an aims and objectives menu, when you’re done with the first draft, these are used to flesh out your story and make it more to your liking.

I hope this was really helpful and will give you a new perspective as well as make the writing process easier. If you need any help, feel free to contact me at halleluyahsama@gmail.com

Written by Cassandra Mark (Colourist and writer at Comic Republic)

The Fundamentals of Character Design by Kofi “Braku Star” Ofosu

Ghanaian Comics at Pa Gya! A Literary Festival In Accra