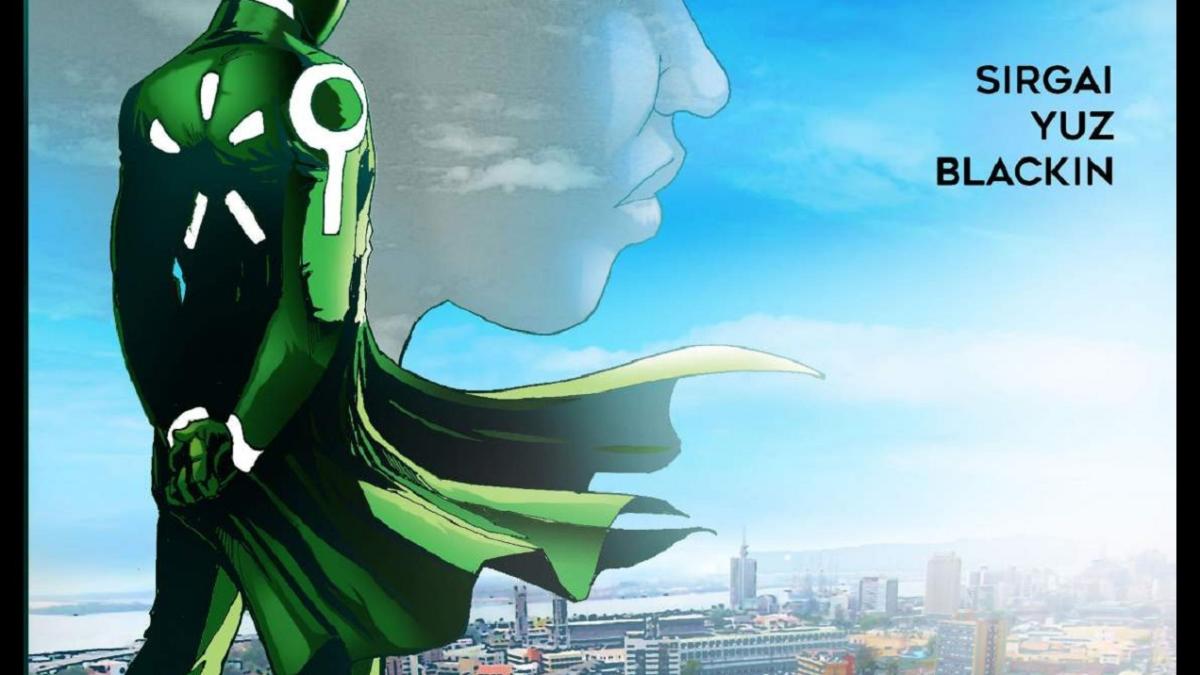 Just days before the release of June 12 #4, I wrote that,

The biggest issue with the comic is its lack of diverse characters, which might be explained by the limited number of issues.

Add to that how short each issue is and I am not completely off the mark. Now, , I’m tempted to retract.

June 12 #4, code-name Hope, is my favorite June 12 issue yet. The cover alone evokes a sense of longing for better days yet. Props to Yussuf Shittu and Akindele Damiola for the blend of realism and imagination they brought to life.

June 12 follows from the previous issue’s introduction of two characters, a hospitalized young girl and an uncle overflowing with mysterious optimism.

Hope is that young girl and the miraculous survivor of Daniel’s demon-enhanced homicidal rampage. June is somehow attracted to her, in a seemingly subservient role and she just might be like him, an embodiment of a concept, hope. She is either an infinite beacon of hope or the shovel that buries it.

Her uncle, MKO who I suspect is based on MKO Abiola, is equally difficult to decipher. He is very knowledgeable and drops hints of being more powerful than June and might or might not be an ally. It’s also possible he embodies agency, has conducted experiments on his niece and is a supernatural arsonist. We won’t know until June 12 #5.

J12 4 also introduces some new, interesting characters. There’s an engineer whose integrity is about to be tested and an alert bodyguard and her “handy-man” boss whose compassion is the product of infinity and zero.

J12 4 is also my favorite yet because it packs an interesting philosophical depth that flows naturally. It questions human hypocrisy on corruption and is more or less a carbon copy of conversations I’ve recently listened to, and those you’re likely to engage in on bus rides.

We’re quick to call for blood when people are exposed for misdeeds but secretly indulge in the very same, albeit sometimes on a smaller scale. Chances are you’ve meandered around the system knowing full well the illegal implications but are quick to scream hellfire at someone exposed for doing same. This is in no way a jab at non-conformity and culture but a call to gradually nip corruption in the bud.

Missing from this issue however is a continuation of the effect of June receiving his first punch from Laalu. I’m looking forward to reading how June’s vulnerabilities affect society. Additionally, the only hint of Daniel’s status is vague. He was kind of endearing and seemed like a son to June.

He might be dead. Who knows? I’m also curious about his demons, for the embodiment of a nuanced, ever-changing concept like justice, he’s got to have plenty.

The art carries on its colorful grit and emotional detail, elements that augment the penciling.

J12 4 ends with Hope gone from the hospital. Having recovered memories from Daniel’s attack, she might be out for blood or not. My major consolation and excitement going into the next issue is, hope is gone but not lost.

And oh, June’s got a new power I’ve nicknamed the Snap. Check it out here.

You can also read previous issues here for free while we wait for the next issue, Fire.

In Honor of Nigerian Democracy - A June XII Comic Review

Nommo Awards 2020: These Are The Shortlisted Graphic Novels

Get this Zimbabwean Comic Anthology for Free!!!