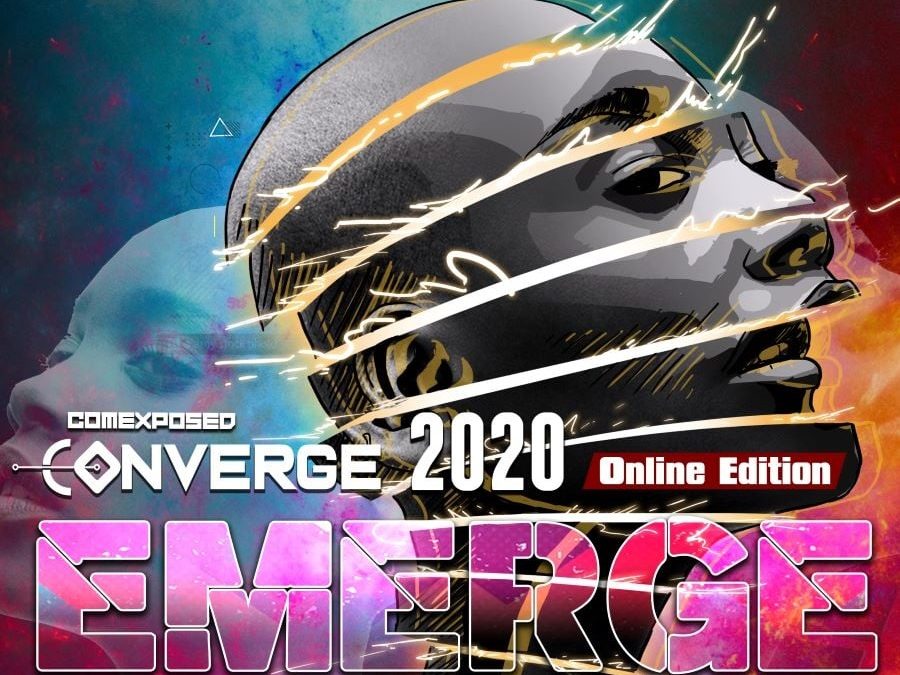 The biggest celebration of Digital Art and Innovation in Zimbabwe showcasing the best in
Animation, Comic Art, Gaming, Virtual Reality, Visual Effects, Film, and Digital Media in
Zimbabwe is going virtual this year.

Comexposed is holding the 6th edition of its annual convention called Converge Online this
year. Times may be uncertain, but one thing remains true, there is power in coming
together.

Comexposed Converge brings together experts in digital arts and innovation as well as pop
culture enthusiasts. Converge 2020 will provide audiences with an opportunity to immerse
themselves in what is happening in the world of digital art and pop culture both locally and
across the continent from the comfort of their homes.

Comexposed Converge started out as a convention purposed to revolutionize the way
Africans and Zimbabweans, in particular, view themselves through comic books and comic
art. Now, converge has evolved to transform not only that but the way Zimbabweans and
African view themselves, but how they live their everyday lives, by showing them how to
harness the power of digital arts and technology.

Audiences will experience talks, workshops and presentations on animation, comic art,
monetizing digital art and more. These will be conducted by influential digital artists, arts
managers and experts such as Jide Martin of Comic Republic (Nigeria), Pious Nyenyewa of
Alula Animation (Zimbabwe), Blahtee Muchemwa of Blah Entertainment (South Africa) and more. The event will be hosted by Bill Masuku (creator of Razor Man and Captain South Africa).

Through Converge, we have created a space where the experts, enthusiasts and novices
alike can be completely immersed in the world of innovation for a day. Our hope is that the
knowledge and experiences they gain will empower them to go out into their spaces and
transform those spaces, not only for their benefit but for the benefit of our country and
continent.

This year’s convention will also see the public announcement, preview and behind the
scenes look of The Idea Bridge, a collaborative immersive VR animation short film by
Zimbabwean and UK digital Artists.

The project is supported by British Council Sub-Saharan Africa Festival Connect and commissioned by Comexposed. The VR film will be released in 2021 and premiered at Chichester International Festival in the UK as well as at Comexposed Converge 2021 edition in Harare.

Comexposed Converge is scheduled for the 25th to the 27the of November and content will be streamed and available on Comexposed social media pages, website, and YouTube
Channel.

The experience of an African Female Digital Creative – Tanyaradzwa Njerere

Comexposed Converge 2020 will be hosted by Bill Masuku.

Comexposed is a brand and division of Kay Media Africa. Comexposed has built a community of digital creators breaking the boundaries in Zimbabwe, Africa, and the World.

Comexposed has been active 8 years and has held events since 2015 with our first event held at Alliance Francaise. Since then the annual event has grown and new events such as the bi-monthly Comexposed Comic Book Day, Talks and Workshops have been introduced.

Comexposed also produces a YouTube web show and publishes regular content through its website. Converge will be the 6th annual edition, the 13th event overall and it will be Explosive!

Frogeck Promises a Brilliant Future for 3D Animation in Africa

How Modin Comics is Changing the African Narrative Using Animation

Space Squid #2: Behind the Ink with Bertil Toby Svanekiaer