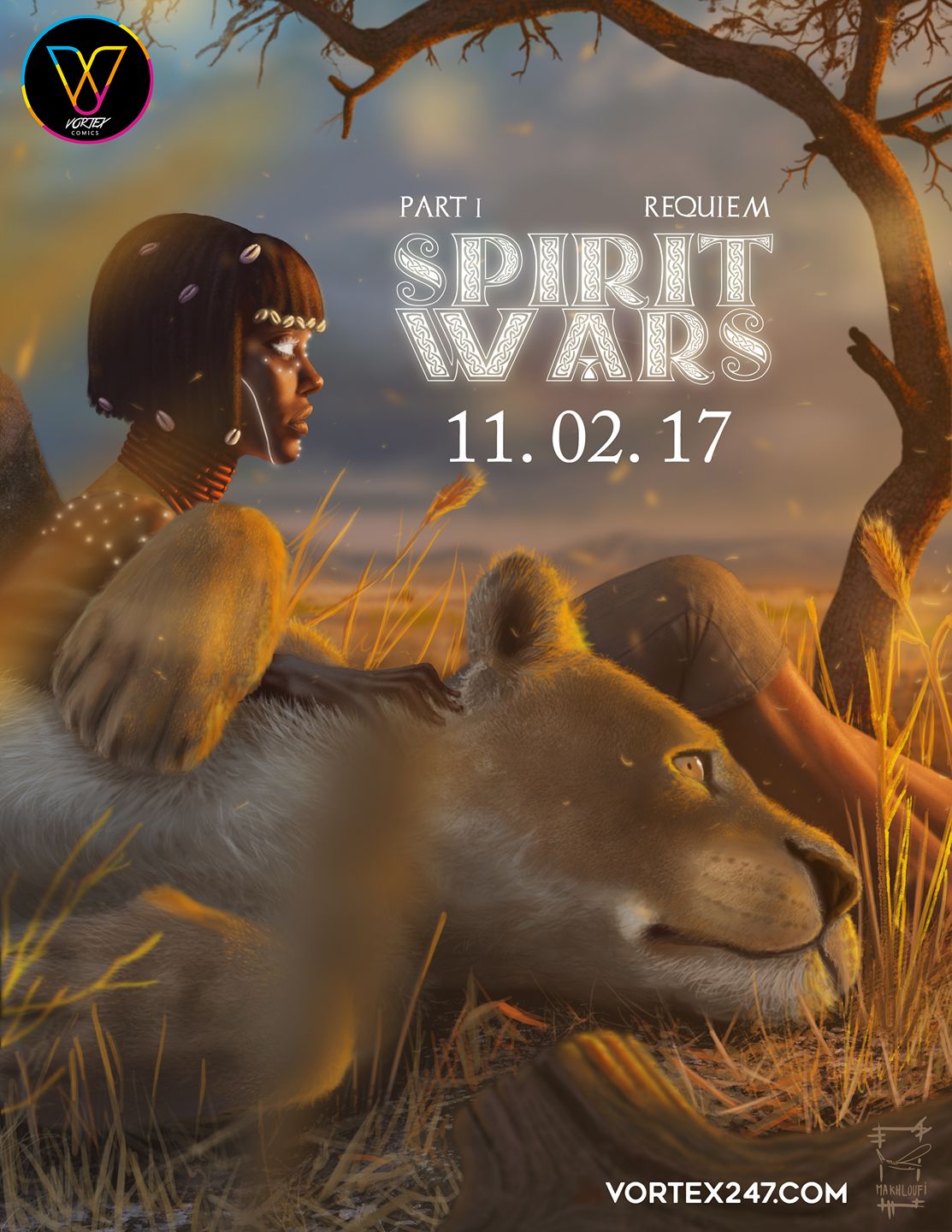 Spirit Wars Is The Biggest African Comic Crossover Event of 2017

The African comic industry is about to witness a phenomenon that may very well propel it to new heights. Part 1 of Spirit Wars, Vortex Comics‘ upcoming crossover comic series, (scheduled for release today), heralds the coming of age of a booming industry.

The comic, titled Spirit Wars – because Vortex only has Spirit Heroes – signals that publishers are finally ready to transition from individual titles and effectively create a shared universe in which their characters can naturally interact.

Though publishers have made initial efforts to bring these characters together in epic fashion (through comedy) – Hero Kekere and Hero Lomo being noteworthy examples – there really hasn’t been anything as grand as the upcoming event.

The Spirit Wars comic kicks off from the events of Strike Guard #6 when the symbiotic spirit, Ajagbeja, trades his precious undying life for his host’s potential mother-in-law’s life, according to a trusted insider. While she wouldn’t divulge more info, we speculate that Ajagebeja’s warring spirit somehow defeated death and then attacked the untrustworthy Moriach, playing right into the scheming angel’s diabolic plans.

This likely triggered a cosmic level conflict between ancient deities (Ajagbeja) and angels (Moriach) that threatened the world and fate of humanity, leaving these Spirit Heroes no choice but to jump into the fray.

A crossover event on such a scale requires precision and accuracy in order to properly execute without major continuity errors. Since the storyline cuts across numerous titles, Vortex must be careful. In order to attain a balance, the titles must still serve their originally intended niches and at the same time, appeal to a wider, more diverse audience.

The technicalities involved are quite complex. What does this imply? It implies that publishers have reached another stage of maturity and have now grown past the phase of only cooking up individual storylines; some with minimum consequence.

It means the characters now hold a certain value and have reached a stage where, with their combined efforts, can truly change the status quo of African storytelling.

It also means the time for small talk is over; we’re talking serious business. Simply creating characters and individual storylines may not cut it anymore. It means the actions of these characters should be of consequence – a consequence that will ripple through the pages of other titles and affect the reader’s relationships with characters and even the characters with each other.

After this war, fan expectations will definitely soar because we finally stopped working with individual broomsticks – now we’ve got the whole bundle!

Check out this timelapse video of Simon Page’s creation process of the Spirit Wars cover art.