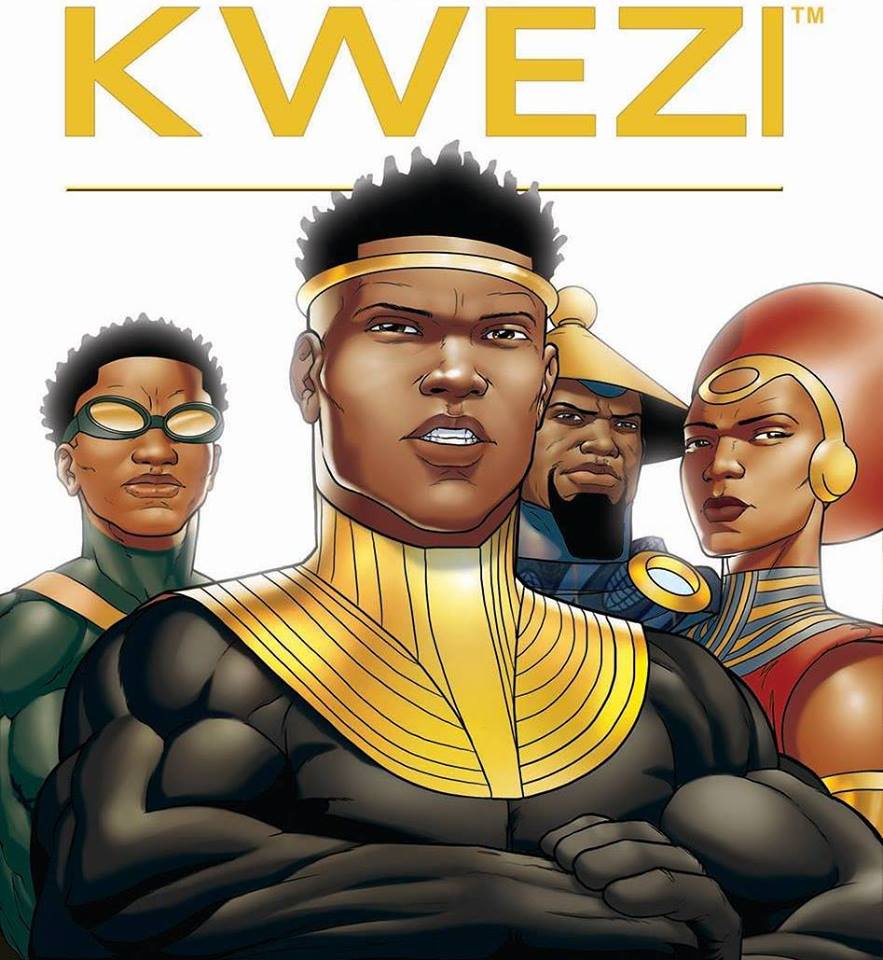 Kwezi, one of the superstars on the African comics scene is getting the animation treatment and that’s a sweet dream come true! The Kwezi animation screen test is an adaptation of the superhero comic by the talented Loyiso Mkize from South Africa.

The comic shares the adventures of a young narcissistic man, Kwezi, who discovers he has , is part of an ancient race that pre-dates humanity and must set off on a journey to save the world and find his purpose. (Read the first Kwezi issue for free here).

The Kwezi Facebook page recently shared a screen test for the animation not long after sharing a short behind the scenes video and it’s all sorts of exciting! The comic is 7 issues deep and isn’t ending anytime soon; *not nearly enough material for a short series, but a good start regardless. An animated series will keep the story going and the excitement overflowing.
Kwezi joins the likes of Strike Guard and Orisha Pikin, who have produced an animated short (by Spoof Animation Studios) and an animated storyboard proof of concept respectively over the last year.

As more and more comics pop up on the African comics scene (especially from Nigeria and Zimbabwe), it’s only logical that African creatives take the next step to bring their ideas and stories to the big screen through animation. After all, we’re well aware of the potential for African storytelling in more exciting and interactive forms beyond text-only literature. Exciting times ahead. Who knows how long before we can finally transition from comic books to live-action movies? Until then, revel in the beauty below.

Update: A part of this post originally read “The comic is 7 issues deep and isn’t ending anytime soon; enough material for a short series.” This has been corrected to reflect what is practical and achievable on November 12, 2017.

Aurion: Legacy of the Kori-Odan  – From Video Game to Comic