> Review > The Gods Must Be Crazy Children – This Is Orisha Pikin 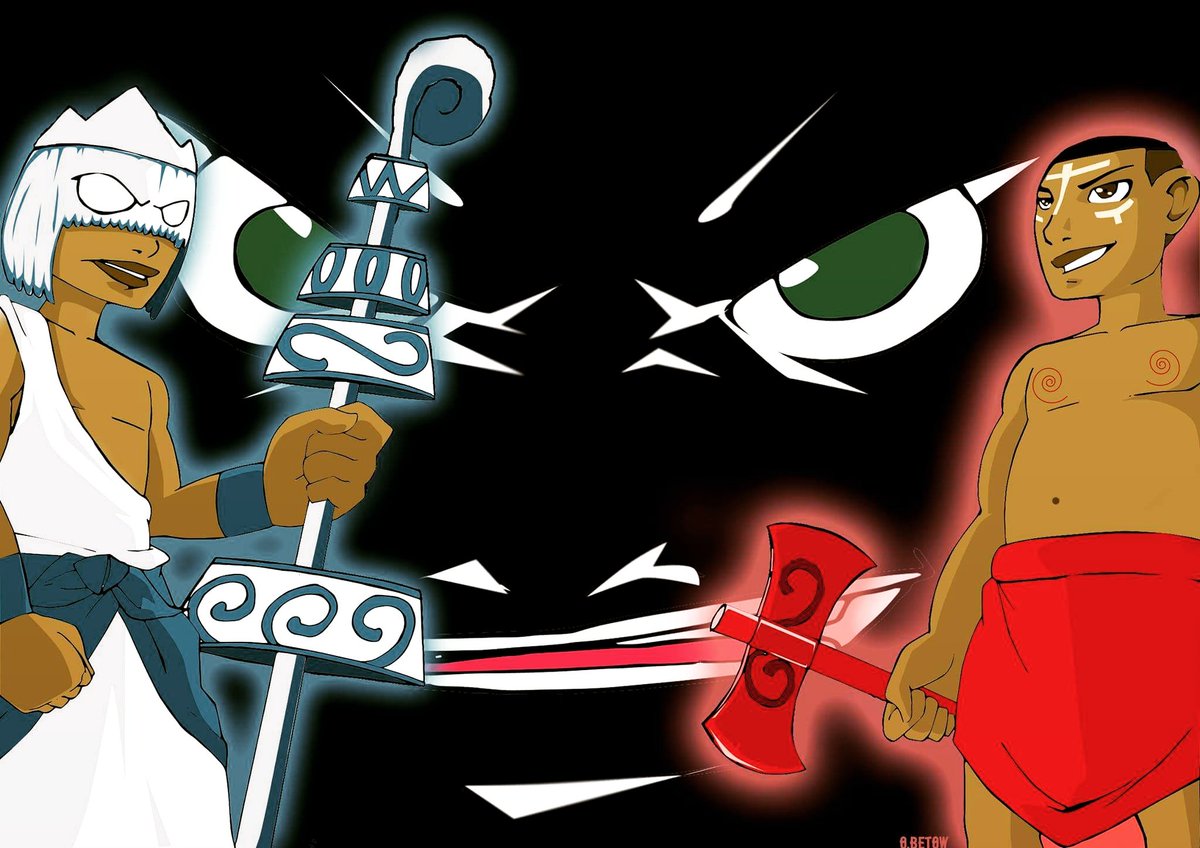 Picture Shango (the god of thunder) as the sore loser in a gaming duel against Obatala (the god of purity)! Now picture Obatala’s impassive face in stark contrast to Shango’s fuming visage coupled with childish outbursts (we all have that one friend who doesn’t take losses well). That delightful glee is what you’re served in Orisha Pikin, the newest title by Vortex Inc.

While gods are often depicted as captivating, well-sculpted jewels of perfection whose exploits are nothing short of epic sagas, Orisha Pikin awesomely deviates.

It is a fun and light-spirited African comic that re-imagines African gods, specifically the Orishas, as normal children – as normal as gods can get anyway. It is a refreshing take on the Yoruba mythology that shies away from their popular depictions in African comics as incredible forces not to be trifled with.

The beauty of Orisha Pikin lies in how it doesn’t take itself too seriously. This is evident in its playful art that croons humorous melodies off the pages.

Orisha Pikin is silly, and the comic will probably endear most to children. While Kiyindou Yamakasi’s writing, as well as Nsatoukazi Deo Gracias’ lines, are fashioned towards children, adults will also double over with teary eyes and cracked ribs at the joviality of it all.

That notwithstanding, the biggest takeaway from the comic is the subliminal lesson it teaches: a call for Africans to unite against external forces looking to exploit us. This counsel is packaged rather nicely and is an unmistakable reference to the devastating mask of neo-colonialism. This will either turn up the corner of your lips into a knowing smirk or wrinkle a guilty frown – your choice.

While Orisha Pikin is plenty fun and peppered with some social commentary, the dialogue is feels forced and saps out the joy of reading beautiful Nigerian pidgin. My biggest peeve, however, is how abruptly the comic ends. “Orisha Pikin is like Kevin Hart; funny but short”. That’s according to my colleague, Elom MacAuley.

He is a nice guy – he’s obviously Obatala and I’m Shango.

For me, it’s like having the lights taken out right before the bass drops in Cassper Nyovest’s War Ready video. It is not suspenseful at all; it is just irritating.

The next issue better do us justice or some creative things just might happen to Yamakasi’s head. Jump into the hilarious universe of Orisha Pikin for free by clicking here!

Inktober in Africa: A Collection of Our Favorites

Unlocking Ancestral Powers for Dummies - According to Ireti