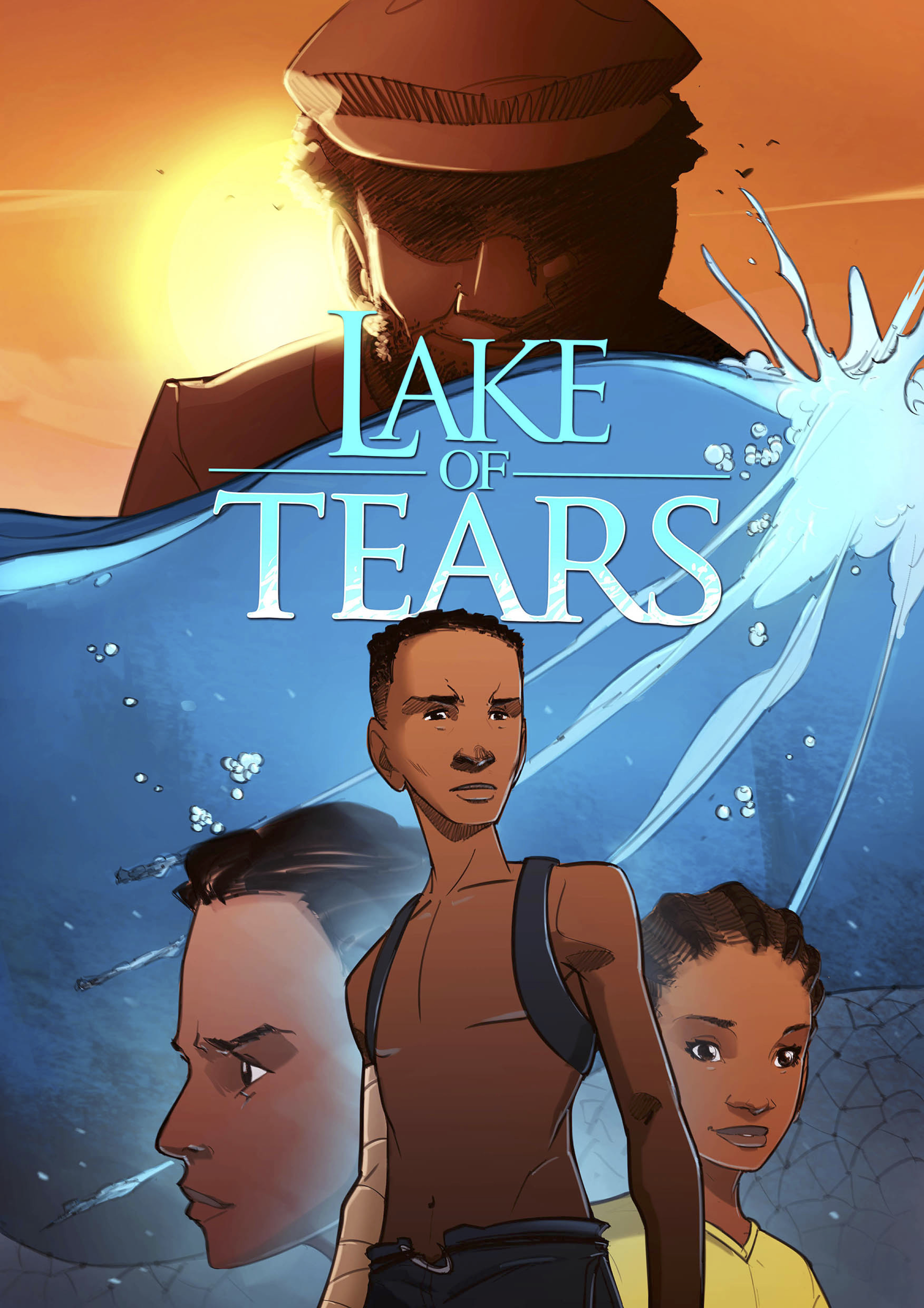 Lake of Tears: The Graphic Novel Exploring Child Trafficking On The Volta Lake

Ask me to name 5 African comics off the top of my head in a minute and I’ll name more than 10 in less that time. Ask me about Ghanaian comics however and I’ll be found wanting. Thankfully, Fiadzigbey’s Lake of Tears graphic novel is helping change that.

Setor Fiadzigbey is a brilliant illustrator who weaves elaborate magic with nothing but lines, , imagination and passion like none other. I recently caught up with him to discuss his latest project, Lake of Tears; a captivating graphic novel that is “set against the backdrop of Ghana’s hazardous inland fishing industry” and throws light on the menace that is child trafficking and child labour.

Briefly tell us about yourself, your background, projects you’ve worked on and how you’re linked to Lake of Tears.

My name is Fiadzigbey and I’m an artist/illustrator residing in Accra, Ghana. I’m also the Founder and Creative Director of BZL Studios, a visual content production studio here in Accra.

For as long as I can remember, I have loved drawing and sketching and even though I didn’t study art formally I think the desire for it stayed with me through the different phases of my life. I went to Mfantsipim School where I read science and then went on to KNUST where I studied engineering. It was when I was working as an aircraft trainee engineer that I decided to make the switch to art professionally and I haven’t looked back since.

I’ve had the privilege of working with various content creators like publishers such as Penguin Random House (Canada), Oxford University Press (South Africa) and recently Editora do Brasil. I’ve also done some work in the advertising industry by way of storyboarding and concept visualizations and I am currently working with Nestle on a project called Ama and Ti about a little girl in the future and her talking robot.

Also, I work with NGO’s like Challenging Heights and on this particular project (i.e. the Lake of Tears graphic novel) BZL Studios is partnering with them to produce it and I am doing the illustrations for the story.

Lake of Tears is such a beautiful and empathic title. What informed it and the story behind it?

I came up with a couple of sample title ideas when the story was done and showed them to John Schaidler (the managing editor of this project). I think we settled on this immediately simply because it truly captures the essence of the story we are trying to tell. A lake can be different things to different people; to one person it’s their source of livelihood, to another it’s simply a wonderful sight to behold but in this context, it has become something of a bad omen with regards to the subject matter we are tackling in the story.

How did you get on this project and who did you work with to make it happen?

It literally started with a Facebook message from John who said he liked my work and was wondering if I was available to work on a project. I liked the idea of it and so I jumped onto it. I reached out to a very talented writer, Kobe Ofei, to write the story. He did a really good job with it and I’m glad we got to work together on this.

1-minute pitch: Why should anyone pick this up to read, either free or paid? (How much is it?)

Firstly, it’s FREE, so you should read it (it literally costs you nothing). For those who want more of a reason, here goes:

Lake of Tears is truly the first of it’s kind in this part of the world (i.e. telling this kind of story in the comics/graphic novel medium). It’ll really take you on an adventure right from the start. This story will appeal to both comic book lovers and the average Joe (or Jane) because of how well it has been written. And to top it all off, it’s addressing a social issue you SHOULD want to know more about, so get it and read it!

You employ such a calm and interesting colour palette. What was your artistic direction with this and what informed it?

As soon as I started reading the script I began to see the images I wanted to illustrate to accompany it and I knew right from there that I would have to rely quite heavily on interesting colour palettes to help me create the different moods of the story.

Until I heard about the project, I had no idea child trafficking was still prevalent. I didn’t even know it existed on the Volta Lake. How were you able to reconcile this uncomfortable truth to produce such fantastic art?

Like you rightly said, it is an uncomfortable truth and that’s exactly why there should be a way to shed light on it. There is another truth, which is that we live in a creative content consuming world, which is all the more reason why this difficult phenomenon should be told creatively using art to help send the message across more effectively.

Of all the forms to tell such a story, like live action and animation or an illustrated book, why comic books; especially considering they aren’t as patronized here as they might be in other parts of the world?

I agree with you in part (on that last portion) but I still believe that good creative work is appreciated by all irrespective of the medium and this is something I have seen over and over again in my line of work. I think a live-action or animation may have been quite difficult to pull off considering the kind of story we are telling.

The comic book/graphic novel format is that sweet spot which gives you the opportunity to tell a good story and also have some control over the imagination of the reader because of the visuals and that’s what we were going for.

What’s next for the project and yourself?
We’ll be coming out with 4 instalments of the story which will take me into the early part of next year production-wise, after that, we’ll see what happens next.

It’s great to see more graphic novels and comics from different corners of the continent. This especially warms the heart because it deviates from the general direction of African comics which mostly leans towards superheroes and the supernatural. The first instalment of the graphic novel is up online for free. Read Lake of Tears online (or download) it here.

Help Design The December Edition Of The Kugali Magazine

Help Design The December Edition Of The Kugali Magazine