How many female superheroes do you know that originate from Africa and fight crime with ancestral powers? None? Not anymore. Meet Ireti Bidemi.

Ireti is the protagonist in the eponymous action fantasy comic, published by Comic Republic. The brainchild of Michael “Balox” Balogun with art by promising illustrator Yussuf Adeleye,  (you owe me a plate of Jollof for this compliment), IB tells the story of Bidemi, an archaeology undergraduate studying at Ibadan University who uses the powers of an ancient warrior-queen to fight crime in style; rocking jeans, sneakers and a  golden lion engraved gauntlet. Yup! In your face, whoever insists superheroes are synonymous to spandex costumes.

While IB #1 introduces Ireti Bidemi and her criminal ass-kicking antics and also establishes present-day Nigeria as the setting, #2 traces the origins of her superpowers to Ireti Moremi, an ancient warrior-queen and a direct ancestor.

This issue breaks down stereotypes particularly associated with African women in our  “modern” but misogynistic society.  First up, we discover that Bidemi is big on parkour – a training discipline that includes running, climbing, swinging, vaulting, and jumping in order to navigate complex, restrictive environments – which explains how she’s introduced in issue #1 when she chases down some robbers. Why this is rad? Email me if you know more than one parkour practising African girl.

Secondly, Bidemi is studying archaeology. Yaass! She’s a nerd and she rocks it! While African societies tend to box women into certain occupational roles such as housewives and street merchants and glorify certain academic pursuits like linguistics, law or business as fitting for women, Bidemi goes beyond that. She’s invested in her past and the correlation to her present abilities is fantastic.

Being  Afrocentric and feminist, I fully support this move because it certainly will not only encourage girls to be limitless in their pursuits but also encourage them to show more interest in African history or what is left of it at least.

Artistically, Ireti Bidemi is a beauty. Indeed, the variety of shots make the scenes dynamic and flow into the action genre. This is further enhanced by smooth lines and vibrant colours. I particularly like Bidemi’s depiction as a badass and not a fragile flower. Hats off to Yussuf on this one, especially since this is his debut.

There a few things that need improving, however. For example, while we’re served large panels with astounding shots, I felt a text overload and a confusing distribution of dialogue. There’s too much text per panel that mostly left me wondering who was talking after whom.

Beyond that, Ireti Bidemi #2 is an awesome read. Do take a read here and drop your thoughts in the comments section.

The Strike Guard Animated Short - Not Exactly a Review

Eternals: Fall of the Orisha - The Squid Mag Review 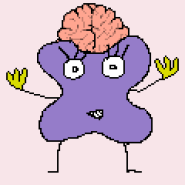