> Featured > Behind the Ink with Poka – Animator, Illustrator and Trendsetter 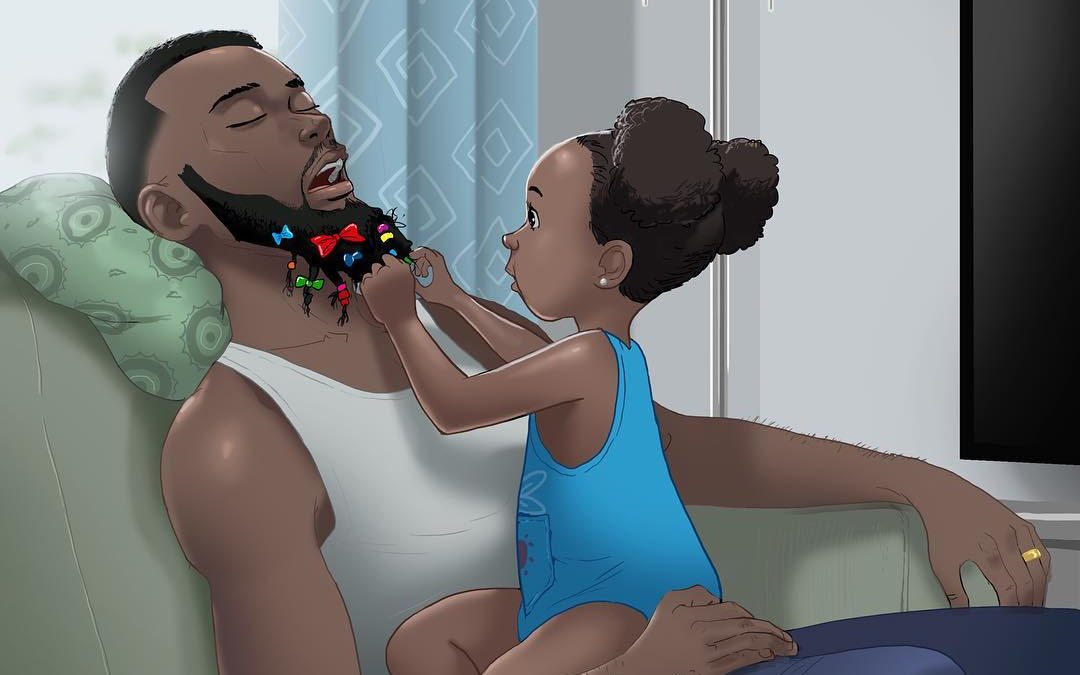 Poka Arts is a self-taught animator and illustrator responsible for the majority of the animated Afrobeats music visualizers.

If you’re a fan of Mr. Eazi or Afrobeats music, chances are you’ve watched at least one of the many 2D animated “music videos”, tagged as visualizers released between 2017 and now. These visualizers feature amusing and easy-to-follow stories and unique dance moves that end up on real-life dance floors.

At 21, 15 and 13 million views, Baby and Beginning by Joeboy, and Akwaaba by Guilty Beatz (featuring Mr. Eazi, Pappy Kojo and Patapaa) respectively are the biggest Afrobeats visualizers on YouTube. These visualizers and others like them were all created by Peter “Poka Arts” Asamoah, a self-taught animator and illustrator in Ghana. Poka has had some of his work screened at festivals such as the Accra Animation Film Festival in Ghana and Encounters Short Film and Animation Festival in the UK.

What started out as a burning desire by Kadi Yao Tay and Cassandra Mark to find out how the Akwaaba dance came about grew into a full-on conversation that’s some parts biography, many parts laughter and some other parts strong opinions on a range of arts-related things.

This Behind the Ink feature/interview is long and comes across in many ways as a feature, but also as a book broken down in parts. This is the short version of a much longer piece on music visualizers and the artist behind them.

Let’s go Behind the ink with Poka shall we?

Peter Asamoah popularly known as Poka (Poka Arts according to Google) is a Ghanaian illustrator and animator. He’s renowned for his animated visualizers for many hit Afrobeat songs including Akwaaba, I Surrender and Baby. He is a self-taught animator with a Bachelor of Fine Arts degree in Painting from the Kwame Nkrumah University of Science and Technology. He got into animation on a whim and a challenge to himself to try something new and overcome his boredom.

He freelanced for a little while as an illustrator but started focusing more on animation after his first commercial animated music video for Jayso. It was a song called Let Them Know and took him 5 months to complete. This was mostly because he was working on his first and only ever comic book simultaneously. The comic in question was an adaptation of Kwaw Ansah’s classic movie, Love Brewed in an African Pot.

Check out the top 5 Ghanaian animated music videos ever made!

Later in his career, Poka Arts landed a big deal with Mr. Eazi to produce animated visualizers for each song on Mr. Eazi’s Lagos to London album. From there, he became the go-to for animated visualizers, having worked on some of the biggest Afrobeat hits since 2018. In creating these visualizers, Poka Arts, directly and indirectly, created/popularised noteworthy African dances such as those in Akwaaba by Guilty Beatz (featuring Mr. Eazi, Pappy Kojo and Pataapaa) and Baby by Joeboy.

Poka Arts is optimistic about the future of animation in Ghana and hopes he can serve as an inspiration to others to pursue a career in it. He is inspired by Disney and hopes to build the Disney of Africa in future. He’s also inspired by Wesley Louis, Shaz Enrico and MTJJ whose real name is Zhang Ping. His top African animators to look out for are Bertil Toby Svanekiaer, Moshood Ridwan Shades and Eri Umusu.

Below is a collection of work by Poka ranging from music videos to personal projects.

Looking for a weekly dose of animated goodness from Africa? Head over to our Weekly Shorts page and satisfy your content needs.

Fearless Lagos Comic-Con: The Good, the Bad and the Future