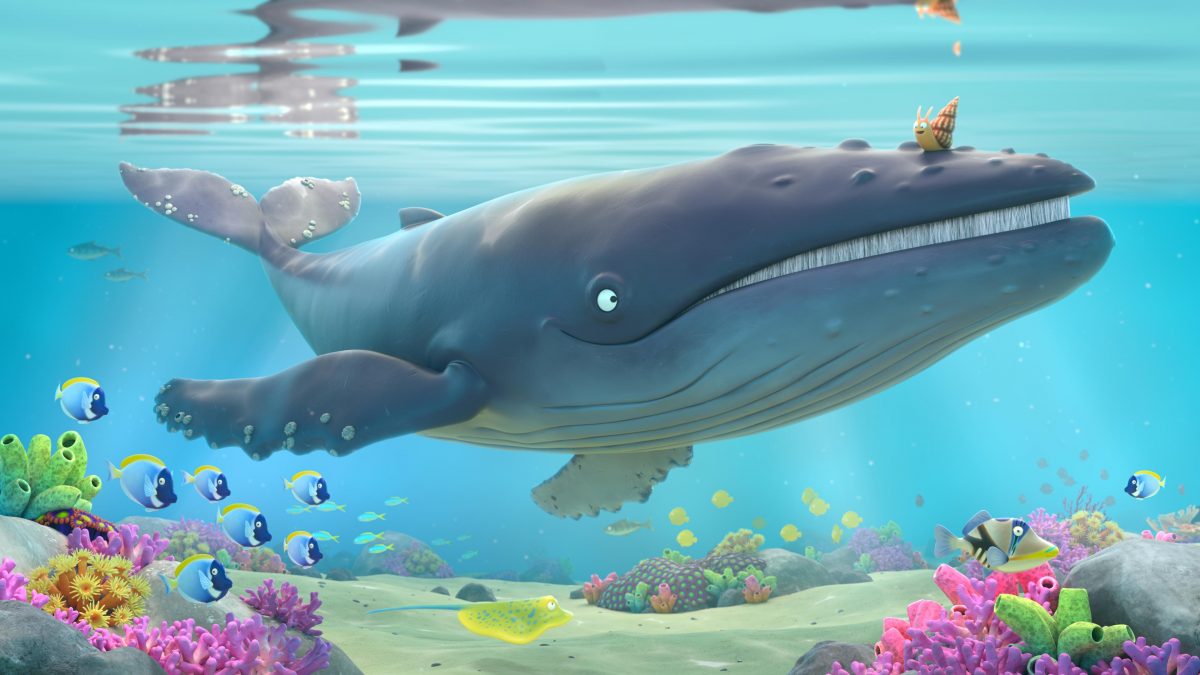 Additionally, this year’s hybrid Annecy festival features the South African studio prominently across screenings and sessions as part of the festival’s focus on African animation.  As part of the honor, Annecy will present a Focus Session on Triggerfish, looking back at their 25 year journey.

“This is to highlight the pioneering role that the company has played in animation in South Africa, and Africa most widely,” says Véronique Encrenaz, head of Mifa.

We’ve been very fortunate to come of age in a time when the world really is looking for other voices.

Previous recipients include Christopher Meledandri, founder of Illumination (Despicable Me); the co-founders of Aardman, Peter Lord and David Sproxton (Wallace & Grommet); Marc Bonny, the creator of Gebeka Films (My Life As A Courgette); Eric Beckman, founder of GKIDS (Wolfwalkers); and  Women in Animation (WIA).

Véronique praised the way Triggerfish had helped with “structuring an industry to give all its professionals support”, playing key roles in setting up key pillars of the animation industry in South Africa, like the industry association AnimationSA; the showcase and networking event AnimationXchange; and The Cape Town International Animation Festival, originally called Kunjanimation. She also pointed to their support of The Animation School, both through bursaries and in taking on so many of their graduates.

In addition, Véronique acknowledged the impact of their free online course, Triggerfish Academy, and the Triggerfish Story Lab, a pan-African talent search that has already seen two series greenlit for the world stage: Mama K’s Team 4 for Netflix and Kiya for eOne, Disney Junior and Disney+.

“I’m feeling so proud,” says Mike Buckland, head of production at Triggerfish, after watching Véronique’s video speech. “Sometimes you need a speech and a rabbit to remind yourself of how much you appreciate your partners and your team. Thanks to everyone who’s helped get us where we are.”

“We’ve been very fortunate to come of age in a time when the world really is looking for other voices. We know animation has a unique ability to cross boundaries, so we’re so excited to share the new wave of groundbreaking African creatives with the world.

Annecy, which is celebrating its 60th anniversary this year with a hybrid edition, starts this Monday, 14 June 2021. This year’s festival is spotlighting African animation, with Triggerfish featuring prominently across the screenings and sessions.

Khumba and Stick Man are two of the closing night films on Saturday, 19 June 2021. Stick Man won the Cristal for Best TV Production at Annecy in 2016, while Khumba competed for Best Film at Annecy in 2013. Also screening is Belly Flop, a closing night short film at Annecy 2018, which went on to win 15 awards around the world. It’s part of Annecy’s African Animation, Today anthology, a selection of 11 contemporary animations from South Africa, Ethiopia, Ghana and the Congo.

On Thursday, 17 June 2021, Annecy is presenting a Focus Session on Triggerfish, looking back at their 25 year journey since opening in Cape Town in 1996, just two years into South Africa’s democracy. As part of the session, they’ll discuss their experience opening their first international office last year in Galway, Ireland, and share a sneak peek at their upcoming feature Seal Team.

Dafe, Friends and all of Mishima: 5 Characters to Love in This Hilarious Comic