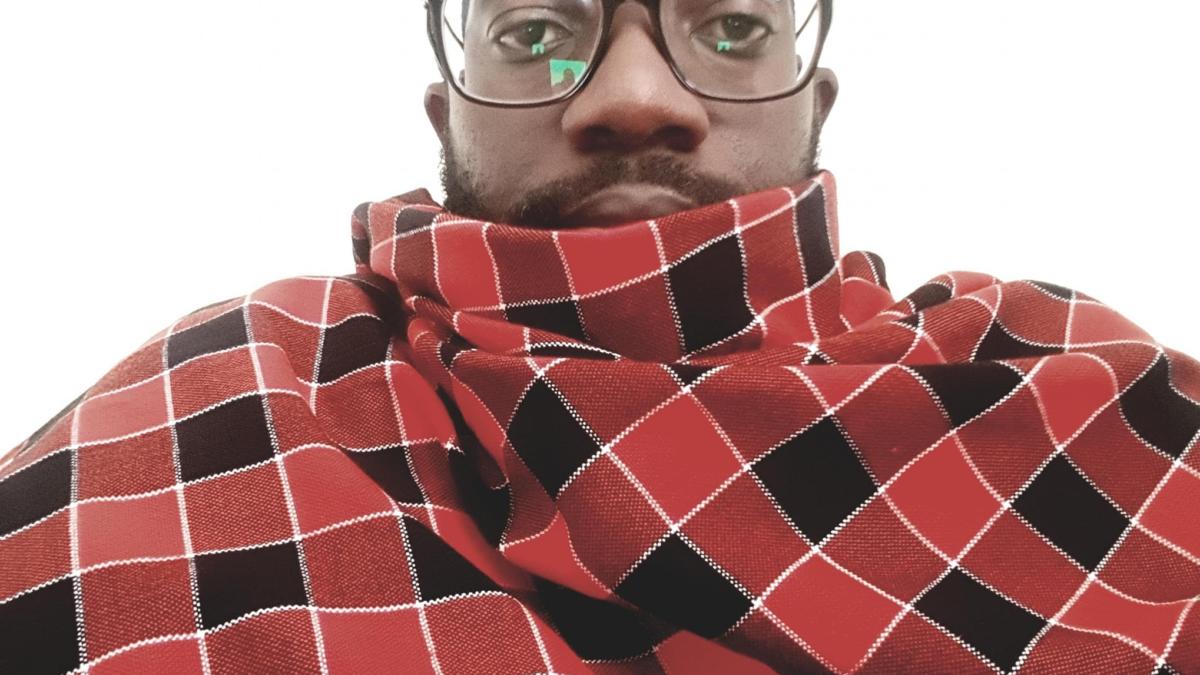 Samuel Kabali is the founder of Tonda Animation who’s beating all odds and telling unique stories through animation in Uganda. Story by Joan Salmon for Monitor Uganda.

Samuel Mukasa Kabali is the founder of Tonda Animation. Though not a widely embraced field in Uganda, he relishes in the fact that he is doing something he is passionate about, inspiring others and it puts food on the table.

With lack of an institute that offered a degree in animation, Kalibala did Software Engineering, hoping that he would find something that was close to animation along the way.

“I had the perception that software engineering would be my launch pad to digital animation,” he laughs.

With only one computer gifted to him by his mother; an HP Probook 4540s with a hard disk drive of 500GB, 8GB of RAM and 4GB graphics, Kabali decided to fly solo in the animation industry. With this machine, he did the first few Tonda Animation gigs.

Since childhood, Kabali loved animation because he was fascinated by the technicality of a cartoon moving from one place to another.

“At Makerere University, I chose a course that had any bits of engineering, with the hope that it would be an avenue to get to do what I loved,” he shares. However, he later learned that animation and software engineering were not related at all.

In his last year of undergraduate studies — 2015 up to 2017, Kabali worked at Elemental Edge, a visual effects and film production house in Ntinda, Kampala. It was an internship opportunity that though not directly linked to software engineering, would work well for him regarding the university requirements before graduation.

It was while here, in 2016, that the idea of Tonda was conceived. He says he embarked on it because he needed to do something on his own. However, it was not until 2017 that it finally took off, although the business was not yet registered.

“I had saved up about Shs700,000 from IT gigs that I had privately done for clients,” Kabali shares. I did things such as networking and website design work. “These were done out of necessity and the need to survive rather than passion, but my real passion was in digital media design and animation,” he asserts.

He added that he used the last salary he received from Elemental Edge, Shs700,000, to pay for the first three months of rent in Kiira.

Kabali’s first salary came in August 2017 when a friend approached him to design a motion graphic advert for his startup mobile application.
“While my standard fee at the time was Shs1m, he bargained to Shs600,000,” he says with laughter. He adds that he was desperate for any kind of work at the time, so he did not have much of a choice.
“I have slightly more experience now, so such a drastic bargain cannot happen now,” he says. The standard price has since increased to Shs1.8m.

For so long, Tonda Animation had no clients. However, Kabali kept getting software engineering and IT-related jobs. These kept him going, and they still come through.

The major utilities that the business incurs are rent and electricity. The other expenses are contractual payments to illustrators and animators.

Being an animation company, Tonda primarily produces animated videos and character animations. That is coupled with info-graphic videos, illustrations, and motion graphic videos.

Kabali’s home also works as his office space. With that, the company does not incur rent costs and since he is not based in Kampala, KCCA fees do not apply to him either.

Having registered his business in June 2018, which was past the first half of the year, he will declare his first tax returns to Uganda Revenue Authority at the end of the year.

At the moment, Kabali does not have any employees. However, he says he works with several illustrators and designers on a contract basis, when the need arises.

There is no certainty about pay in his field as everything is product-based. In a good month, Kabali’s earnings can be as high as $1000 (Shs3.7m) but in a bad month, he can go how without a penny. However, he gets a 10 per cent cut off every product after paying all the contractors.

Selling the idea of animation to companies has been Kabali’s greatest challenge. Some companies have never seen the essence of it.

“For those that use info-graphics and motion graphics, on presenting our Local Purchase Order (LPO) forms, they seem not to understand why they should pay so much for the products,” he states.

He defends his prices, saying a high level of expertise and a lot of time goes into coming up with an end product that pleases the customer.

Finding people to work with is another issue. He says building a team is a challenge because you need to find people who buy into your vision for the company, and are willing to partner with you on your journey.

“Some people are not willing to stick with you for the long and end up leaving for one reason or another, and this makes building a cohesive team a bit difficult,” he explains.

Kabali desires to inspire young African creatives to use their talents to tell Africa’s stories because Tonda’s motto is ‘Telling Africa’s stories’.
Regardless of all the challenges he has encountered, Kabali’s future is looking bright, considering to his gadgets, the animator has added an HP Pavillion power laptop with a 1TB-hard disk drive, 16GB RAM and 6GB graphics.

That not only makes work easier, but he can also handle more than one project at ago.

He is also still forming relationships with as many people in the industry as possible, in the hope that he will move on to create a fully-fledged multimedia company.

Making a Career Out of Animation

Computer animators work with film and television studios, development/design companies, or animate freelance based on a portfolio. As such an indispensable and ubiquitous part of modern media and entertainment, the nature of the tasks available to someone in the role of computer animator can vary widely.

For Samuel Mukasa Kabali, was the first love and even though the foundation was not clear at the time he joined , he knew his target. Two years down the road, he is living and earning from his passion.

Aje #3 is Balancing the Scales: An African Comic Review