I have seen many different iterations of the Justice League over the years. From their many different incarnations in western media, to even being drawn and animated anime style, each of these had its own charm. I recently saw a Nigerian animated take on these classic heroes, and it is hilarious.

The protectors of the earth, often seen as stoic and emotionally complex (even though they have had their silly moments) are now just everyday people. Everyday Nigerians to be precise, hence the appropriate label, Sapa Era of the Justice League.

This is part of an animated series created by Jude Oc, a Nigerian artist who makes 2D animated stories. There are currently three and provide exactly what you need after a stressful day; a good long laugh. It features a simple animation style and its spectacular use of Pidgin English gives you a full integration of fantasy, comedy and the Nigerian reality.

You have the first episode that is all too relatable. Imagine someone eating the Pringles you’ve been eagerly looking forward to. Just like anyone would in such an annoying scenario, Batman needed to vent. What better place to vent than on the streets of Gotham with criminals begging for a beating?

This whole situation is especially ironic to see considering Batman is the wealthiest member of the league but is now bent out of shape over what was supposedly a snack bought with the last of his money, a nod to the current economic crisis.

Maybe he traded money for strength and that’s how he was able to knock Wonder Woman out of the Watchtower. I really wonder who committed this terrible crime though.

The laughs keep rolling in the next episode and continue into the latest third episode.

Check out all three episodes in the Justice League Sapa Era below.

And let’s just say Sapa falls on everyone equally; powers or no powers.

Get Ready for Reading Africa Week 2022

dEX Artmosphere 5.0: African Culture and Its Influence on Design 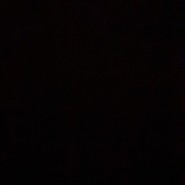 Is Kugali AR the Future of African Storytelling?