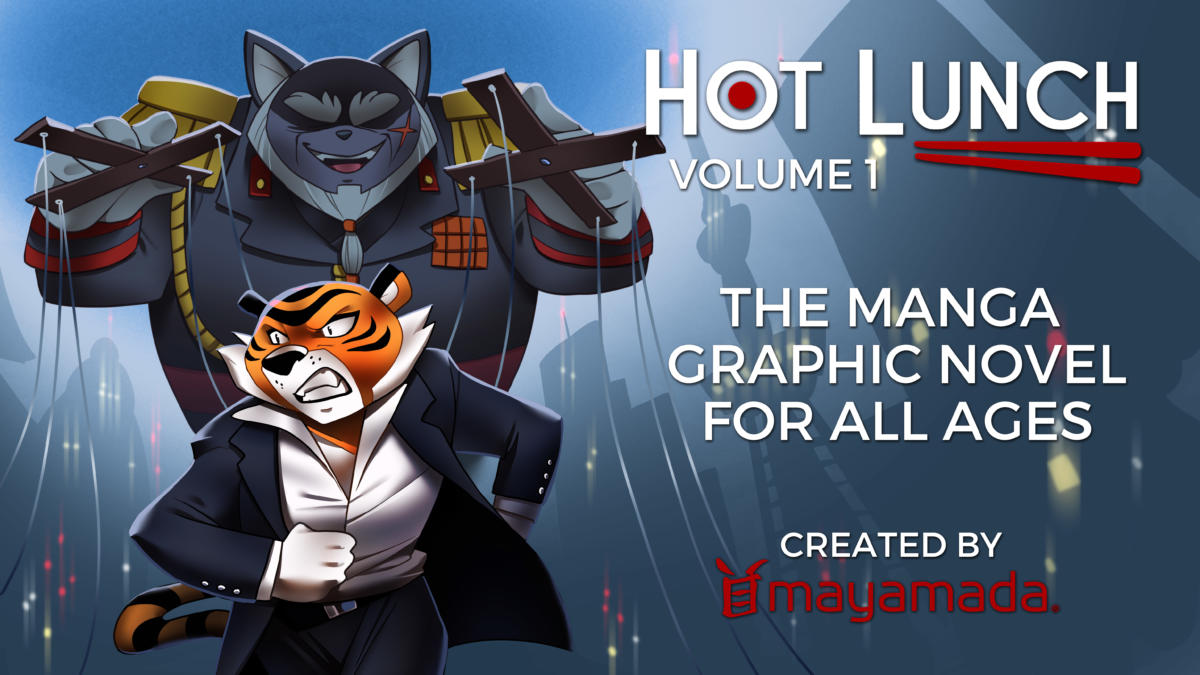 British manga creators re-launch Hot Lunch, their all-ages manga Kickstarter campaign and have been featured in the BBC, Broken Frontier, Bleeding Cool. The Kickstarter will end on Friday March 29th 2019.

While it’s known that many Kickstarters fail, a campaign that falls short of its goal doesn’t necessarily mean the end of the project.

Enter British manga creators . In 2018 they launched a Kickstarter for their culinary heist manga, Hot Lunch Volume 1. It went the way of many Kickstarters and failed to reach its funding target, reaching an close 81%.

Failure is hard to stomach in any walk of life, but particularly hard with a creative project so personal to its creators.

Fast forward eight months later and Hot Lunch has been relaunched on the crowdfunding platform to a much different reception. This time around, the campaign was funded in 9 days and became a Kickstarter staff pick along the way!

With plenty of time still left of the Kickstarter, the team have reflected on the two campaigns and offered advice for those dealing with their own crowdfunding failures.

How to Deal with Kickstarter Crowdfunding Failures

There’s a lot that can be learned from failure. Your first step should be to spend the time to have an honest examination of your campaign. Some times things missed in the excitement of launching become glaringly obvious once the campaign is over.

Was your initial funding goal way too ambitious? Can it be adjusted in any way? In our case, we were able to put together a budget together outside of Kickstarter to make a start on the comic. The result is that we now needed less to complete the project. A lower, more attainable goal makes success more likely.

Many of Kickstarter’s runaway successes come from creators who already had a large following before launching. If you don’t, think about how you are going to spread the word of your campaign beyond friends and family. Building an email list is a great start, and don’t forget those who have backed your previous campaign. You can still keep them updated when you do launch again.

Remember that failure isn’t the end. So should you fall short, you can always find other ways to achieve your goal.

You can follow Hot Lunch on Kickstarter and back the campaign before it ends on Friday March 29th. Plenty of rewards are up for grabs, including the finished 140-page graphic novel and a chance to be turned into a character in the book!

The mayamada team are now shooting for stretch goals that include a digital art book and bonus artwork from guest artists. Check out Hot Lunch Volume 1 on Kickstarter and #JoinTheCrew to be part of a Kickstarter comeback story in the making:  https://www.kickstarter.com/projects/mayamada/hot-lunch-vol-1-a-culinary-heist-manga-for-all-age

mayamada are a creative brand set within their own universe of original characters. Inspired by anime and manga, they have been featured in publications from Vogue and GQ to NEO and London Live.

Set in a fantasy television world with an all-animal cast, the company was founded in London by Nigel Twumasi and Lao Karunwi whose passion for creating stories led them to fuse both into a world filled with characters and limitless imagination.

Since its launch in 2009, more than 13 million people have pledged over $3.3 billion, funding more than 140,000 creative projects. Anyone can launch a project on Kickstarter as long as it meets Kickstarter’s guidelines. Project creators set a funding goal and deadline. If people like a project, they can pledge money to make it happen. Funding on Kickstarter is all-or-nothing — projects must reach their funding goals to receive any money. All-or-nothing funding might seem scary, but it’s amazingly effective in creating momentum and rallying people around an idea.

Mad Over You: Where Popcorn Meets Oh So Cheesy Drama

Get this Zimbabwean Comic Anthology for Free!!!

Behind the Ink with Kobina Taylor