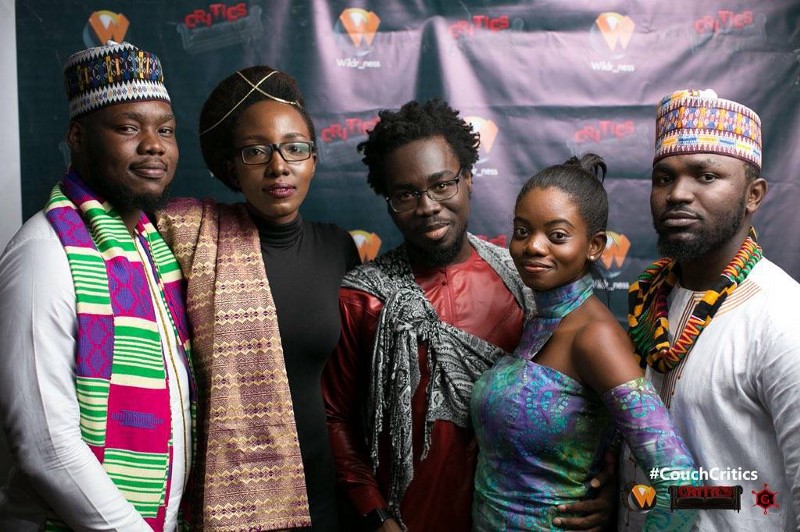 Back in high school, my friends and I were described as cartoons. We were referred to as cartoon boys. This was no endearing term but rather, an attempt to demean us and spit on the things we loved. It was a way of saying stop being “childish” and be like the rest of us. But we didn’t care. We continued loving our blockbuster films, fantasy, animation, manga, video games, sci-fi, conspiracy theories and obscure general knowledge all the more.

10 years after graduating high school, Black Panther is all the rage and surprise, the very same people who dismissed our interests are queuing up to go see it and patiently anticipating future nerd movies. Oh, how time changes.

There’s no way my friends and I were the only ones who loved the things we did. This had me thinking. Who are the nerds in Ghana and who is directing the conversations around being a geek? Who are the people and/or collectives shaping up Accra (read Ghana’s) nerd space? In simpler terms, who’s crafting an all-inclusive narrative for cartoon boys and girls (nerds and geeks) in Ghana?

A number of collectives come to mind.

The first is Antrix Gaming. Does competitive e-sport in Ghana sound like a myth to you? It shouldn’t. Antrix Gaming has been making that a reality for nearly 7 years. With a tagline that reads, “inspiring passion through esports”, Antrix has built a community of gamers and gaming enthusiasts in Accra through many of its gaming competitions with mouth-watering prizes. A worthy initiative by Antrix for the “game gbees” and nerds in Accra. Surprisingly, Antrix’s biggest obstacle is the lack of local public interest in their activities according to Liam Ofori (CEO). I always assumed it would be a lack of funds as is common.

Next up is Gasbros Gaming Network. Where do you go to catch up on gaming news from a Ghanaian perspective? That’s where Gasbros Gaming’s game journalism shines. By sharing news, reviews and opinions on video games — local and international — Gasbros has created a space where Ghanaians and really all Africans can geek out on the latest game releases all the while being steeped in the realities of video gaming in Ghana. Visit Gasbros Gaming Network to discover more.

Leti Arts is perhaps the most popular geek collective from Ghana. It is a creative studio that creates games, comics and animation. Founded by Wesley Kirinya (Kenya) and Eyram Akorfa Tawia (Ghana) in 2005, the company is famous for it’s Africa’s Legends and True Ananse comics, as well as the recently released Afrocomix app which is a one-stop shop for African comics, animation and digital art. When it comes to comics in Ghana, Leti is usually top on the list. Connect with Leti on Instagram.

Through Leti Arts, Ghana has something of a shiny example that demonstrates her ability to create video games, comics and animation. It’s unfortunate however that Leti hasn’t blown up as I anticipated it would. Having the most press and dare I say the most funding, the company should have many more comic and game titles out. But this is just an outsider speculating. Here’s to hoping this is all part of a grand scheme to blow everyone away. Regardless, that Leti exists in the first place is hope for other creatives to pursue this venture.

Movies! Who doesn’t love to shower praises on a good movie or rip the spine out of a horrid one? That’s exactly what Couch Critics does. The collective puts out video reviews of blockbuster movies especially centred around the superhero, fantasy and science fiction genres. A bunch of friends get together and offer their opinions (and biases) on newly released movies.

Couch Critics has become an extension of the conversations my friends and I would have on the movies we love or hate. Couch Critics is quite the refreshing alternative to the politicking and life sucking antics of Ghanaian Twitter. Like, comment and subscribe to the Couch Critics channel here.

Globally, Comic Conventions are the ultimate destination for nerds and geeks alike to share their passions, test their knowledge, see what’s new, play games and to walk in the shoes of their favourite characters through cosplay. In Ghana, there’s only one such event and that’s Nerd Con. Nerd Con has grown steadily, in size and partnerships since it first started at iSpace Accra in 2016 to the Kempinski Grand Hotel in October 2017. Here’s a recap of the first NerdCon Accra in 2016 by Technova’s Joseph Kuuire.

The event is organized by NerdCore Studios which is a collective of gamers, developers and artists in Ghana. NerdCore Studios has also been responsible for several of the Global Game Jam Accra sessions since 2015. Additionally, NerdCore operates a store, Game Nerd, where you can buy all your gaming gear from consoles to controllers to even wicked gaming pads.

In 2019, two new organizations or rather, events have come to the fore in fun geek events. Comic-Con Ghana and the Accra Cosplay Party. Both will happen for the first time in 2019.

The marketing for #AccraCosplay goes thus: get outfitted as your favorite fictional character from comics, movies, anime, cartoons, games, books & pop culture. Show up at an apartment complex in Adenta which has pretty much everything you can think of, including a swimming pool and even a basketball court. For an entire day, all you get to do in this apartment is meet new people, have fun and geek out. Plus, enjoy lots and lots of games including cosplay trivia, card & board games, snooker, basketball, console games, cup pong and so much more.

What’s a comic convention without some cosplay or geek merchandise to show off? Nothing really and that’s where Nerd Needs saves the day. Nerd Needs is your go-to for merchandise from your favourite comics, anime, movies or games! Love the minions from Despicable Me? They’ve got cute and affordable cable holders you can grab. Or maybe you need some shurikens…they’ve got you covered. Whatever your nerd needs — be it hoodies, necklaces, phone cases, keychains, masks, rings and even ninja headbands — this collective is your best bet. Connect with Nerd Needs on Twitter and Instagram.

The Geeks Core is my favourite of them all. Run by Adu Quarshie Boahene, @TheGeeksCore on Twitter offers invaluable info and insights into especially comics and comic book movies. Can’t figure out what Thanos’ deal is with the Infinity Stones? Check The Geeks Core’s timeline. Looking for fresh takes and breakdowns on trailers that are almost always accurate? Follow The Geeks Core on Twitter. Interested in a Ghanaian geek’s opinions on Black Panther and African comics? Read this post on Black Panther, African Comics and the Geeks Core.

When it comes to animation in Ghana, music videos seem to have the most ambassadors with Peter Asamoah of Poka Studios being the leader of that pack. Besides Poka Studios, other collectives such as IndigeneBROS and Parables Animation Studios hold it down for animated music videos in Ghana.

For the organizations shaping animation in Ghana, the Animators Association of Ghana and the Accra Animation Film Festival (AAFFia) are noteworthy bodies.

Accra Animation Film Festival is a platform that supports, promotes and offers animators in Africa the opportunity to showcase their artistic work. AAFFia aims at growing the animation ecosystem in Africa and connecting local animators to other professionals in other continents.

As far as we know, Squid Magazine is the sole platform dedicated to covering comics, games and animation in Ghana (and Africa). Squid Mag covers everything from comics, games, animation to digital illustrations from the entire content. You’ll find reviews, opinion pieces, job opportunities and just general news on what Africa is doing in terms of comics, games and animation. Looking for inspiration for your next illustration or animation project? Check out Squid Mag on Instagram. Lots of African creatives featured there.

Each of these collectives is in their own little way, leveraging the power of the internet to share their interests with the world and to connect with like minded people. What’s most interesting about all of this is the interconnectedness between each collective — Couch Critics and The Geeks Core, Gasbros Gaming and Nerd Core and so on. I’m excited to see more people come out of the woodworks to show their unabashed love for comics, games and animation, whether online or offline. For everyone ever ridiculed for their interests, this one’s for you.

Who in your opinion is shaping Accra’s “nerdscape”?

This post was updated to reflect animation in Ghana on July 6, 2019