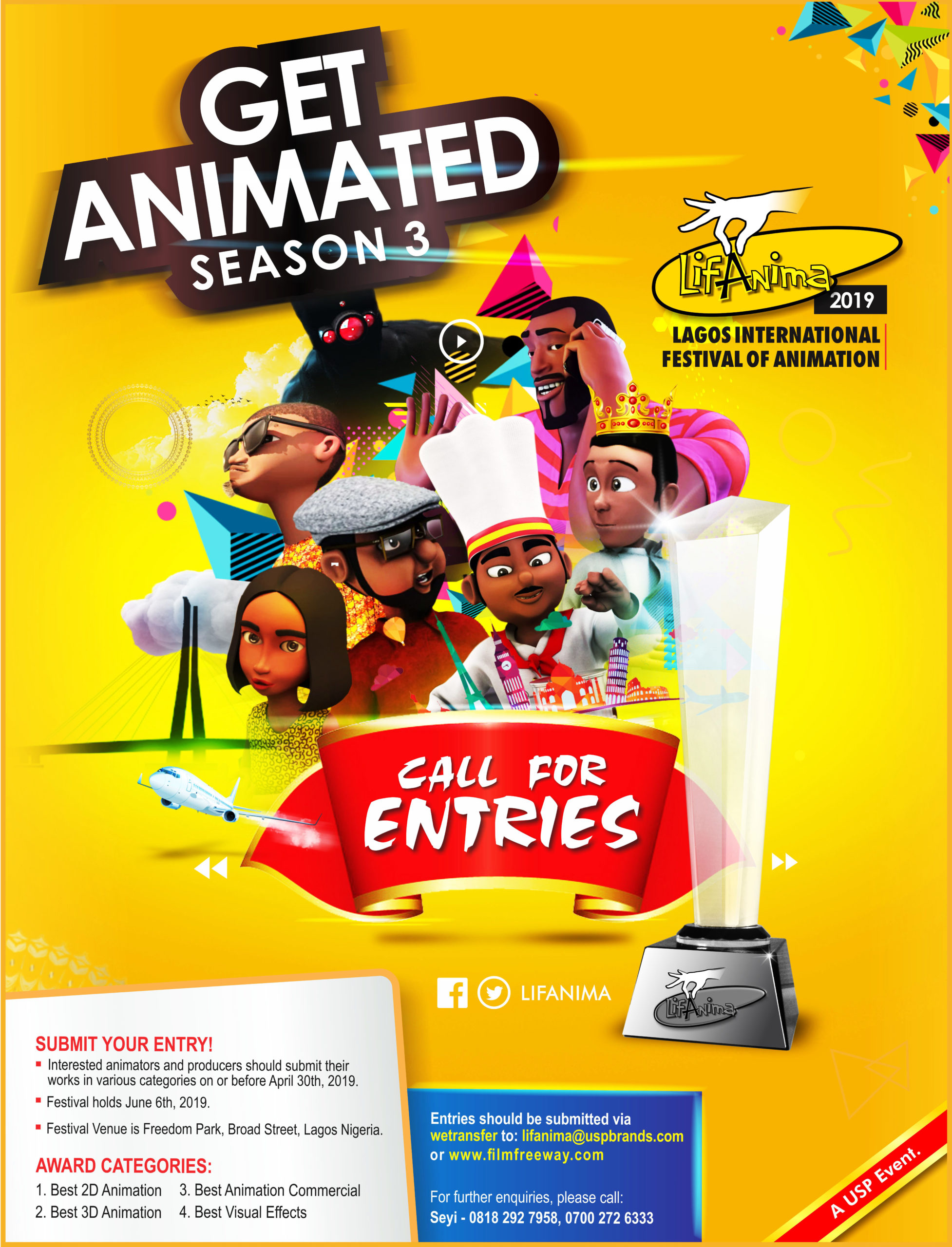 Lagos International Festival of Animation (LIFANIMA) is one of the major animation festivals on the African continent, hosted in Lagos which is home to Nigeria’s NOLLYWOOD, the world’s 3rd largest film industry.

LIFANIMA is an annual animation event which provides a platform for animators to interact with other stakeholders for optimum value creation and rapid growth of the animation film industry.

Lagos International Festival of Animation is dedicated to the promotion of Animation in Africa. The festival attracts the continent’s new generation of animators and visual effects talents and studios, as well as stakeholders in the film industry.

The objectives of LIFANIMA are as follows:

Eligible animators and producers who are interested in LIFANIMA can submit their works via the festival’s FilmFreeway page or via WeTransfer to lifanima@uspbrands.com.

LIFANIMA going into its fourth year is the brainchild of USP Brands and Muyiwa Kayode. It is supported by Kunle Ajose (Creative Director) and Adebimpe Adebambo (Artistic Director) and director of Tejumade which screened at AAFFia 2019.

The event is finished.