> Commentary > Aurion: Legacy of the Kori-Odan  – From Video Game to Comic 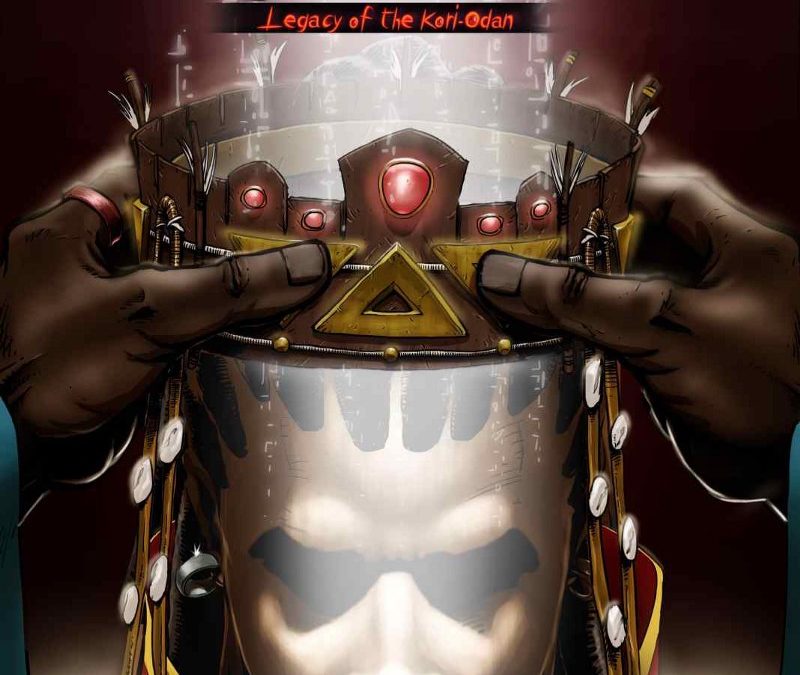 Aurion: Legacy of the Kori-Odan  – From Video Game to Comic

Aurion: Legacy of the Kori-Odan is possibly Africa’s biggest and most successful video game. I haven’t yet played it, but the many walkthrough videos, stunning visuals and the dashing reviews promise a fun and thrilling action role-playing game (RPG) that I can’t wait to try.

What draws you into a game better than its story? Err…stories. Right? Kiro’o Games (publishers of Aurion Legacy) know this and have released a comic book detailing the origins of the games’ heroes, Queen Erine and her husband Enzo and Auriona, the world they live in.

Bearing the same name as the game, the comic explores the world of Aurion and Prince Enzo’s epic adventures with his wife Ernie to reclaim the throne after it’s seizure by his brother-in-law.

Aurion: Legend of the Kori-Odan adopts manga* in its approach by excluding colours in the art. This gives the illustrators a chance to show off their pencilling and inking skills and I must say, it’s quite the beauty.

Kiro’O Games Studio released not one, but 4 issues of the comic for free! The studio even went as far as offering Aurion in two languages; English and French. Is this a great start to 2018? You bet.

My biggest criticism, however, is that the English version doesn’t have the best translation. This is a minor inconvenience that can be excused considering Kiro’O is based in Cameroon and while the country’s official languages are English and French, the latter is more widely spoken.

Aurion: Legacy of the Kori-Odan is a deep and inspiring story with loveable characters you absolutely must read.

Read Aurion: Legacy of the Kori-Odan in English or in French.

Aurion: Legacy of the Kori-Odan is a 2D African Fantasy Action-RPG game that is introducing a new, rarely seen perspective to this genre. The dynamic and impressive gameplay has been more inspired by the “Tales of” series. The main narrative draws deeply from African culture and is hopefully the first entry in a series we call The Kiro’o Tales.

Buy and download Aurion: Legacy of the Kori-Odan on Steam

Alternatively, give it a spin by downloading a demo.

*Does Africa need its own art style for comics?