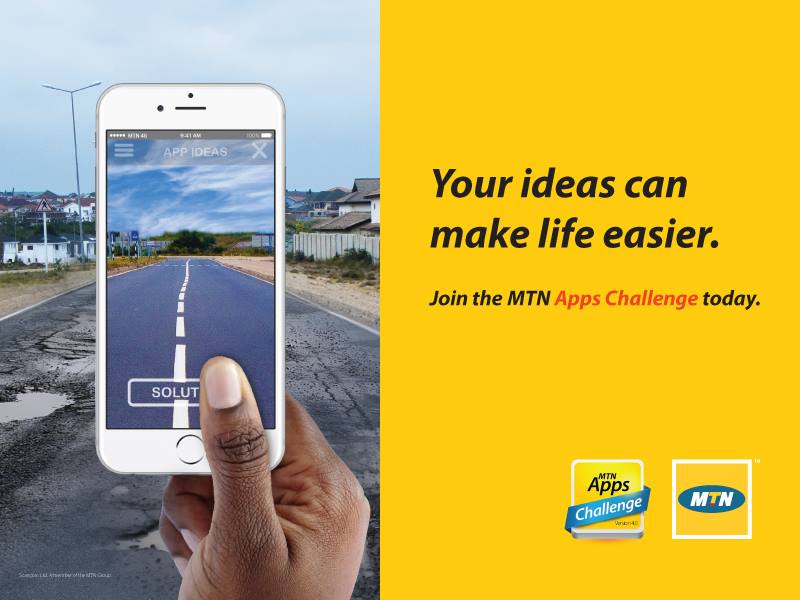 The MTN App Challenge Accra Roadshow starts today at the Mensah Sarbah Hall at the University of Ghana from 10 am and we’re eager to taste what tech enthusiasts and especially animators have been cooking.
While tech folk in Accra have had the opportunity to pit their ideas against each other – in an attempt to scale their projects, enjoy a challenge and hopefully make some money thanks to initiatives like the annual MTN App Challenge – animators, not so much.

But that’s about to change.

In its fourth year, the MTN App Challenge has introduced two new categories that has us break-dancing on stilts: animation and the internet of things.

The MTN Apps Challenge is a competition aimed at unearthing brilliant local app developers who create mobile apps that are both locally relevant and have a global appeal. Past winners include Oware 3D , Buzztrick App and Wheelo

We’re ecstatic that Ghanaian animators, through thin budgets, sheer tenacity and an unquenchable passion have carved a niche for themselves that’s getting the attention of corporate Ghana.

The challenge kicks off with a national roadshow (Accra, Kumasi, Tamale, Cape Coast) where techies and animators alike can showcase their projects.
The animation category calls for animated videos between 30 seconds and a minute. Rather short, but a start. Hopefully, longer videos will be considered next year.

The Internet of Things (IoT) category will see developers submitting applications that leverage the power of the internet to interact with physical objects. Think smart homes, wearable tech, heart monitors and so on. Check out this comic book for a much better explanation.

There isn’t a lot of info on issues such as selection and judging criteria for example, but that’s what today’s Roadshow is for. Come out and support when you can.

We’ll keep you posted on what’s happening as much as we can, promise.

Visionary: Ascension is an EPIC Beauty

Weave Through Accra's Transport Lines in Trotro Driver: A Review

How South Africa is Leading a Global eSports Expansion in Africa

DISCOP Joburg 2019 Levels Up Into e-Sports