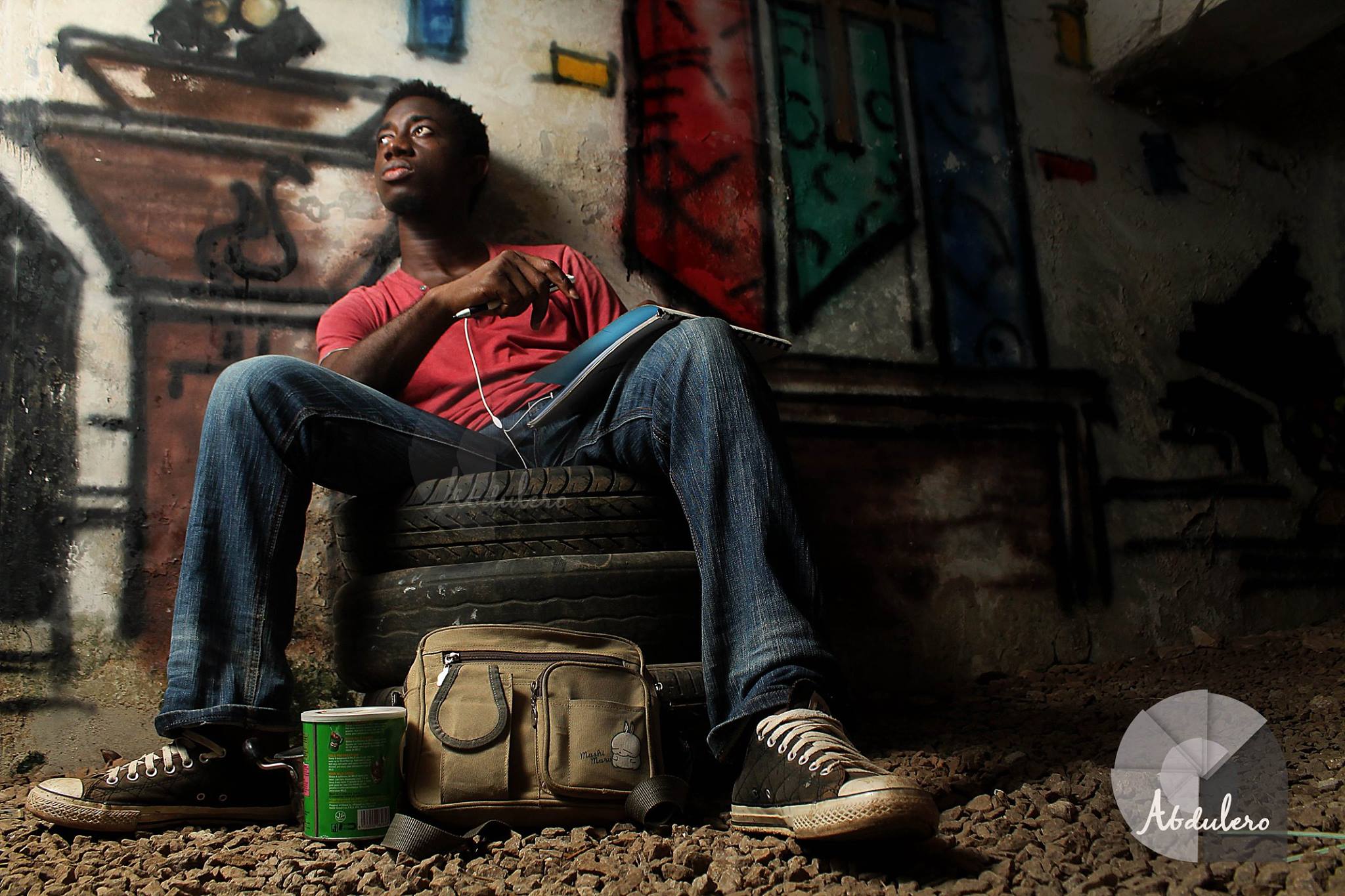 The indescribable euphoria I felt when I first learned about illustrator BRIGHT ACKWERH’s work still hovers around me. As a newcomer to his work, I deliberately shut off people’s opinions for an organic, intimate experience. My first engagement came via Kenyan based Ghanaian musician, Delasi’s Thought Journey album debut.

The album cover was so captivating it literally sang me the album. With a voracious appetite, I tore apart Google and Facebook, sniffing out and consuming his unbelievable, unapologetic catalog. I was, many times, so overwhelmed by his brilliance I had to blink back tears to compensate.

Sweet, sweet vulgarism probably best describes his work, something he acknowledges by terming his work, very graphic. There is also a noticeable tint of French slapstick in his larger than life caricatures that gently pull up the corners of your lips.

I have not encountered many contemporary Ghanaian artists unafraid to paint unvoiced thoughts, challenge the status quo and ignite public discourse as consistently as he does.

Ackwerh is an audacious renegade who, aided by his well-deserved social media following, not only puts on blast, but probes Ghanaians’ (and the rest of the world’s) social and moral conscience.

As talented as they come, Bright doubles as a graffiti muralist who has painted murals (Million Man Riot with Nii Odzenma ) at ACCRA[dot]Alt’s Chale Wote Street Art Festival and recently, the Meeting of Styles Graffiti show in Jamestown, Accra’s growing art theater.

Following his online antics ranging from charged rants on plagiarism to the failure of media outlets to highlight prominent up-comers, I was somewhat surprised at his real-life demeanour, friendly, knowledgeable, seriously jovial and carefree.

Winner of the 2016 Kuenyehia Art Prize with his Tweaa Room: Confrontation piece, Bright has shared insights and the process behind his enviable repertoire at Ashesi University, the Alliance Française Institute in Accra, the Rotary Club, the Studio and the MESH Confab, continually proving he is a lighthouse of mod African expression, beaconing the African narrative through satiric storytelling.

A prolific visualist, Bright is fervently working on his #veryverygraphic series and if you’re as hungry for talent as I was, Bright’s welcomingly intrusive art is a feast you can’t skip.

In Honor of Nigerian Democracy - A June XII Comic Review